Suzanne Stark has long wanted to perform with Actors Theatre of Indiana.

“Their shows are wonderful and the production quality is through the roof,” Stark said. 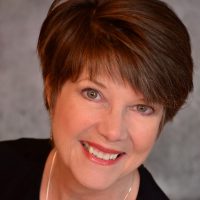 Stark is making her ATI debut in playing Lita Encore, the grandmother of 8-year-old Tina Denmark, in the production of “Ruthless! The Musical” from Jan. 25 to Feb. 17 at The Studio Theater at the Center for the Performing Arts in Carmel.

Nya Beck, a 10-year-old Fishers resident, is playing Denmark, who is convinced she was born to play Pippi Longstocking and will do anything to win the part, including murder.

The musical is a spoof of musicals such as “Gypsy” and “Mame” and movies like “The Bad Seed” and “All About Eve.”

“I’ve never seen it before, but the script is a lot of fun,” Stark said. “I think we’re going to have fun with it. It’s very sassy. It’s a satire.”

Stark, who lives in the Nora area of Indianapolis, has acted at Beef & Boards Dinner Theatre since the 1980s. Stark said the role is a little outside her comfort zone. 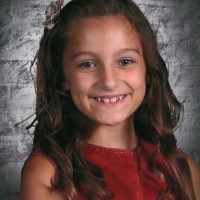 “I always played the ingenues, and then I moved into the ‘Hello Dolly’ and the “Mame’ (type roles), and then I started playing more character roles,” Stark said. “I’ve not played a role this far over the top. She’s not nice. I think the audience is going to laugh at her. We’re all kind of mean and do terrible things.”

Beck said she was invited to audition.

“I practiced, auditioned and I got it,” Beck said. “This is a real good learning experience.”

She has been taking voice lessons from Tamara Totty, a Zionsville voice teacher.

The Lantern Road Elementary fourth-grader performed in Civic Theatre’s production of “Annie” in 2017, playing one of the orphans.