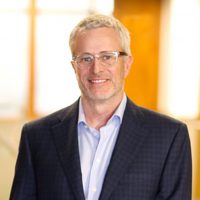 While the company has since grown to more than 220 employees, most working out of its headquarters at 303 Congressional Blvd., co-founders Justin Tysdal and Jim Krampen began as a team in December 1993 after meeting at and leaving an industry competitor.

“Being in your 20s you think you can do everything, so we thought, ‘Hey, we can do this,’” Tysdal, the company’s CEO, said. “We thought we could figure out some way to build a better mousetrap, so to speak, so that’s what we did. We borrowed some money from Jim’s parents to start the business off. It didn’t quite go according to plan. We didn’t take off as fast as our business plan, so we worked second jobs for a while to get going.”

They began with a single international travel medical insurance product, but over time brought more insurance company capabilities in-house while diversifying their portfolio of products and services and remaining a privately owned company.

“When we started out, there wasn’t even the internet. Everything was brochure-based. We thought we were pretty cool because we had a plain-paper fax machine instead of the heat-coil thing that was common in the ’80s,” Tysdal said. “In the late ’90s, we developed an online quote-purchase system and we were one of the first in our industry to do that, and now everything’s done online. I don’t even think we have physical brochures anymore.”

Seven Corners moved to its Carmel home in 2006 with approximately 60 employees after having moved and expanded around various Indianapolis locations.

“Because we had a national and international company, we thought we had to have an Indianapolis address,” Tysdal said. “That was our assumption for years, but we started to explore what Carmel could do, and owning our own building and all these things started becoming appealing for us. We’ve loved it here. In fact, I liked it so much that within two months of moving the company up here, I moved my family up here from Indianapolis.”