You are at:Home»Current in Carmel»Carmel Community»Minott to run for Carmel City Council in newly-created west district

While canvassing Hamilton County for a pro-life organization during the 2018 election cycle, Debra Minott realized that she could see herself knocking on doors as a candidate for the Carmel City Council.

The Village of WestClay resident filed Jan. 11 to run for council’s west district. Councilor Tony Green currently represents the area, but a redistricting plan that added an additional district left the new west district without an incumbent councilor. The new districts will go into effect January 1, 2020. 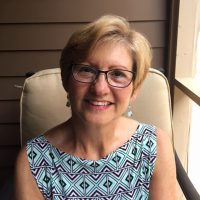 “I’m hardworking, I like to do things practically and I don’t like to do things for the wrong reasons,” Minott said. “Tony Green has done a fine job, but with this new redistricting we were without a representative, so I felt this was the opportunity for me to step in and make a difference.”

Minott, a Republican who has lived in Carmel for 13 years, said she will refine her campaign platform after speaking with people in the west district, but she expects that public safety, infrastructure and spending tax dollars responsibly will be important topics.

Now retired, Minott worked as a lawyer for several healthcare companies and served as the state personnel director under former Gov. Mitch Daniels and secretary of the Indiana Family and Social Service Administration under Gov. Mike Pence.

She volunteers for several organizations, serving on the board of the Trinity Free Clinic and Village of WestClay Homeowners Association. She is a pro-life advocate who has worked with the Susan B. Anthony List and chaired the 40 Days for Life campaign in Indianapolis.

Minott grew up in Grand Rapids and attended the University of Michigan for an undergraduate degree and law school. She is married and has two children, a 31-year-old daughter and 28-year-old son.

She is currently unopposed in the May 7 primary, but candidates have until Feb. 8 to file for the election. Democrat Miles Nelson has also filed for the seat.