The Baney family refers to themselves as liaisons in agriculture. Claire Baney, 19, started 4H in seventh grade, and the family had hobby animals like chickens and goats.

“We do know a lot of people that are farmers, but we view ourselves as liaisons in agriculture, in a way, because we know a lot of friends and family who are having this kind of traditional ag background,” Claire said.

Through Claire’s involvement in the Future Farmers of America chapter at Hamilton Southeastern Schools and her recent term as FFA state president, the family is stressing the importance of continuing agricultural education in schools, even in urban areas like Fishers.

Claire’s father, Steve, is a teacher in HSE schools. In 2017, when HSE celebrated 50 years of offering FFA, Steve credited strong advisors such as Tom Younts as the reason the program has enjoyed longevity. 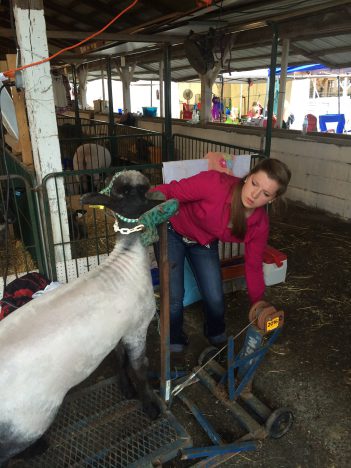 “He has just laid an incredible foundation,” said Steve, noting Younts has served asFFA advisor since 1977, when the FFA program began at HSE. “But one of the biggest concerns for people who have kids in the school district now is he’s going to retire at some point. Will our chapter continue to thrive? Because it’s a very different place, Fishers is, than the Fishers in 1977. That’s what people like me and Mr. Younts and other educators in our district who understand the value of ag-based education, are doing.

“Over the last year, we have tried to get in front of stakeholders and decision-makers to help them see how important it is to have a viable ag-ed program in place.”

Steve said people often have a narrow perspective on agriculture, viewing it as simply farms, farm animals and rows of corn.

“We are challenging people to think outside the box in an urban or suburban setting and look at what we like to call an urban ag approach,” he said.

“Fishers did have such a rich agriculture background, but I think as we are evolving and changing, FFA still has that place because when you think about this area, there’s such an opportunity to be involved in so many different options,” Claire said. “We have technology, that’s a big industry, and one thing we are really seeing now in agriculture is, by breaking down and converting sectors between the industries, that’s how you can truly innovate.”

Claire said there aren’t as many degrees of separation between people and agriculture as people often think. She said even eating is participating in agricultural.

“I think that there’s been a disconnect (with agriculture), and that disconnect becomes more apparent in an urban area,” she said. “A lot of times we don’t view it as an agricultural act with eating. I remember thinking it was so cool (when she served as state president), often a lot of our trips took us to the Fishers-Indianapolis area and even into Carmel. Right now, one thing that’s cool is you have other areas similar to Fishers looking at starting an (agricultural education) program. Zionsville is looking into building an ag-ed program. Other areas would really be able to thrive with having a program in that area as well.” 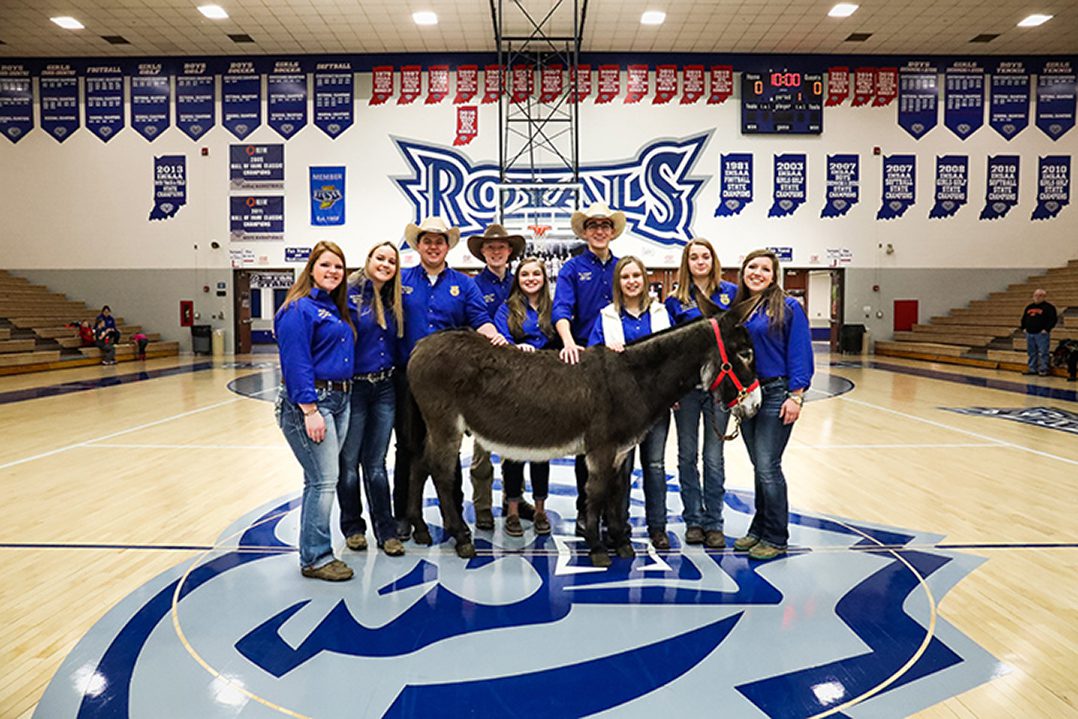 From 2016 to 2017, while she was a senior at HSE High School, Claire served as president of its FFA Club. From June 2017 to June 2018, she took a year off from education to serve as the FFA state president. She recently sought to be selected a national officer but wasn’t chosen. She is considering to trying again next year. In October 2018, Claire met with Gov. Eric Holcomb to discuss his vision for agriculture education in Indiana.  She’s double majoring in agriculture education and agriculture economics at Purdue University.