You are at:Home»Current in Noblesville»Noblesville Cover Stories»A plan for growth: Downtown arts venue to use recent grant for long-term sustainability

Logan Street Sanctuary, a downtown Noblesville nonprofit, is among the beneficiaries of a recent round of grants awarded by the Hamilton County Community Foundation.

A 65-seat performance venue at 1274 Logan St. of the downtown square, Logan Street Sanctuary received a $10,000 grant from HCCF, which awarded a combined $101,000 to nine county organizations.

Alys Caviness-Gober, Logan Street Sanctuary’s board secretary who also handles its programming, events and development, said the grant is a huge opportunity for the all-volunteer nonprofit to organize, grow and create a plan for its future.

“Hamilton County Community Foundation has always been a wonderful supporter of the arts and artists in Hamilton County,” Caviness-Gober said. “The grant is just a wonderful thing because it does give us the support for operating costs, like rent, professional fees, licensing and supplies.”

In large part, the grant lets the leadership re-focus its energy on long-term planning and bolstering its series events.

“The major thing is to create a fundraising plan that will ensure support from local businesses,” Caviness-Gober said. “The grant has allowed us to look a full year ahead and say, ‘We can focus growing our organization, rather than be so worried and concerned about how we’re going to pay the rent and buy toilet paper.’ It really is a wonderful opportunity for us to take this organization to a level that we kind of have only dreamed of in that past four years.”

Because LLS doesn’t own the building it’s housed in, Caviness-Gober said the suggested donations are applied toward rent, utilities, cleaning supplies and everyday operational costs.

“I used to promote fundraisers for us that would advertise the event by saying, ‘Help us keep the lights on and the toilets flushing,’ because literally we would be fundraising for rent money to continue to be in this location,” she said.

Caviness-Gober said the grant not only lets the organization’s leadership take a breather, but it boosts the confidence of its investors, which range from high schoolers throwing a few dollars in a jar during monthly young artist showcase events to local businesses sponsoring pews for guest seating.

“The grant helps us in a way that we’ve not had this kind of support before,” Caviness-Gober said. “It also helps for when we’re asking for donations and sponsorships and holding fundraisers to be able to say we have the backing (of HCCF).”

Logan Street Sanctuary was incorporated as a 501(c)(3) nonprofit in November 2014. Known primarily as a singer/songwriter performance venue, its overall mission is to endorse local artists, including musicians, writers and visual artists.

“One of the things that we have always tried to do is have a lot of diverse events,” Caviness-Gober said. “We have our Second Saturday Showcase Series, which is a concert series. We have a Third Saturday Comedy Showcase and Fourth Friday Young Musicians Showcase, and then Page & Stage, the summer drama and literacy camp. We also have our Noblesville Interdisciplinary Creativity Expo, which is literature based, and of course, publishing the Polk Street Review, which is literature, art, music and everything else.

“This truly is a cultural arts organization. I remember completing the (nonprofit) incorporation papers and thinking, in five to 10 years, we’ll really be booming. Here it is almost five years later, and we’re booming.” 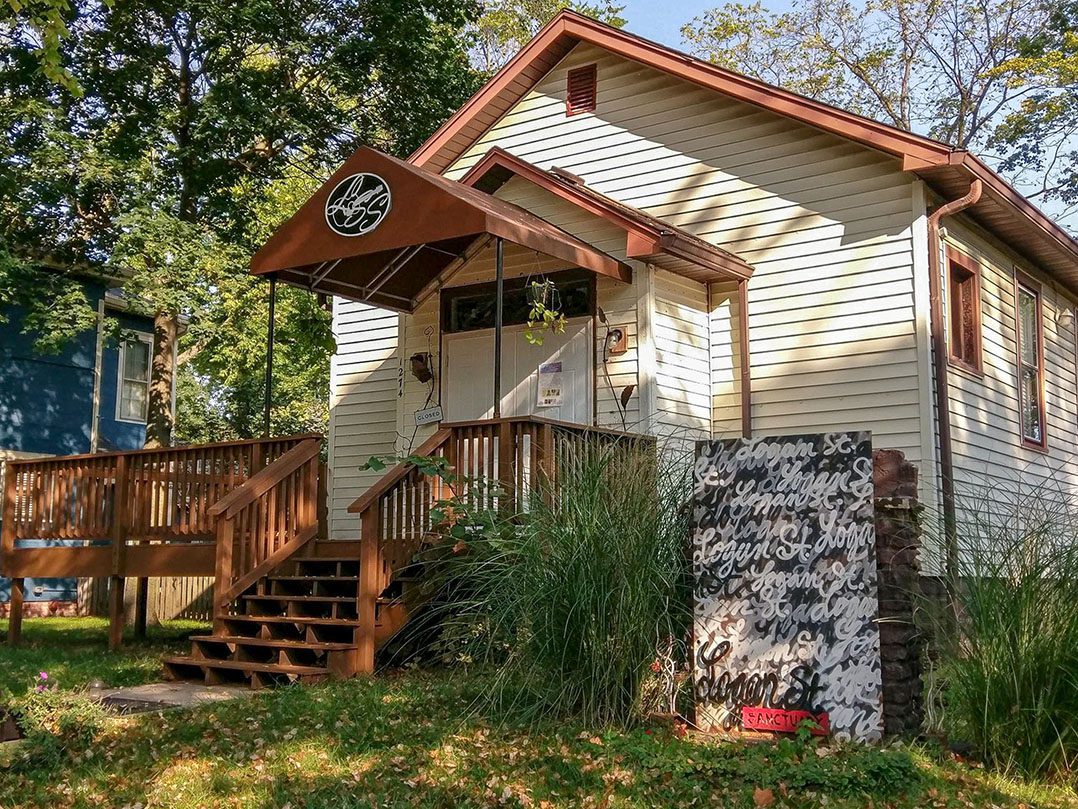