You are at:Home»Obituaries»Obituary: Jon Keith Pilcher 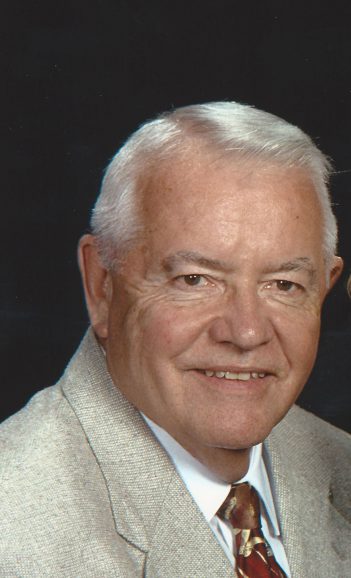 Beloved husband, father, grandfather and longtime Carmel resident Jon Keith Pilcher, 82, died Jan. 11, 2019. He was born on July 16, 1936, the second of two sons, to Orlando Harold and Marguerite Memphis (Smith) Pilcher in Fort Wayne. He lived in Churubusco, Ind., and moved to Indianapolis at age 6, where he attended John Strange Elementary and Broad Ripple High School, graduating in 1954. Jon attended Butler University where he was a member of Lambda Chi Alpha while working for Morgan Pharmacy. He spent 20 years with Morgan Pharmacy, where he became general manager until 1973. From 1973 until his retirement in 2000, Jon proudly worked at Eli Lilly and Company. In retirement, he kept himself busy with part-time work.

Jon met his beloved wife, Glenda (Lael) Pilcher in 1959 and married in 1960 at Northminster Presbyterian in Indianapolis. Jon and Glenda and their three children initially settled in Indianapolis before making their home in Carmel from 1967 to the present. He happily supported his kids’ extracurricular endeavors, volunteering with First Baptist Athletics, Indian Guides, Carmel Dads’ Club, the Carmel Marching Greyhounds, and youth ministry, just to name few.

Jon became an Elder and Trustee at Orchard Park Presbyterian Church. He loved sports and music. While Jon was an original member of Carmel Old Schoolhouse Players, his unique and special talent was the ability to yodel. Jon was a devoted husband, supporting Glenda’s passions and projects as long as his body enabled him to do so.

He is survived by his wife, Glenda, and three children, Ken (Nancy), Greg (Marsha), and Jill (Jason) Reese. He was a grandfather to 9 surviving grandchildren, Merrin, Britton, and Laurel Pilcher; Noah, Karis, and Eva Pilcher; and Anja, Kellen, and Riley Reese. He also leaves behind many cousins, in-laws, 32 nieces and nephews, 26 great nieces and nephews, and 10 great, great nieces and nephews. He was preceded in death by his parents, his big brother Larry and sister-in-law Sara, brothers-in-law Bob Lael, Thomas Lael, Ed Lael, and Dale Bricken, and great nephew Derek Langhammer.

Jon’s service will be a Second Presbyterian Church on Jan. 19. Visitation is from 10 to 11 a.m., with a Celebration of Life service at 11 a.m. In lieu of flowers, donations in Jon’s name may be made to any of the following: Second Presbyterian Church, College Park Church, Grace Church or Traders Point Christian Church. Friends may leave online condolences at indianafuneralcare.com.