You are at:Home»Obituaries»Obituary: Eugene M. Busche 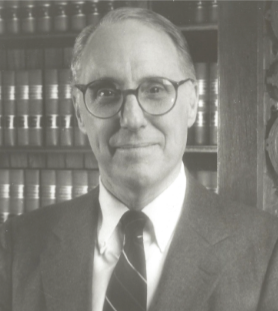 Eugene M. Busche died Jan. 12 in Carmel at the age of 92 after a battle with Parkinson’s disease. Eugene was born on July 2, 1926, in Decatur to Louis Martin Busche and Ruby Edith Smith Busche.

Eugene also was a longtime member of St. Luke’s United Methodist Church, Indianapolis, which he and his family joined in 1959. He served as chairman, Pastor Parish Relations Committee, Lay Leader and was active in various financial campaigns. Eugene served in the U.S. Navy from 1944-46 as a Yeoman second class later and as an Ensign in the U.S. Naval Reserve.

Services will be at 3 p.m. Jan. 18 at St. Luke’s United Methodist Church, where family and friends are invited to gather from 2 p.m. until the time of the service.

Memorial contributions may be made to the donor’s favorite charity. Visit flannerbuchanan.com to sign the online guest register.