A Florida man has been charged with making threats against the family of Tyler Trent, a Carmel resident who died Jan. 1 after a battle with bone cancer.

John Matthew Pinkham, 39, of Deltona, Fla., is facing a federal charge for allegedly using a fake Facebook account to make threats against the Trent family. If convicted, Pinkham could face up to five years in prison and a $250,000 fine. 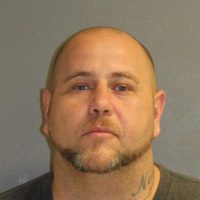 According to an affidavit, Pinkham is accused of using the Facebook name Julie Homan to post several threats Jan. 3 on Trent’s Facebook page. The Julie Homan profile made posts threatening to kill Trent’s mother and “make headlines” at Trent’s funeral, which was held Jan. 8 at College Park Church in Indianapolis.

Investigators from Indianapolis and Florida worked with Facebook and other technology providers to trace the posts to Pinkham. On Jan. 7, the day before Trent’s funeral, they detained and questioned Pinkham, who blamed his significant other for creating the fake Facebook account and posting the threats, the affidavit states.

On Jan. 8, detectives reviewed Pinkham’s jail phone calls and heard him tell his significant other not to speak to investigators, the affidavit states.

Pinkham has been ordered to be moved to Indianapolis and is expected to appear in court soon after his arrival. The court date has not yet been set.