You are at:Home»Current in Zionsville»Zionsville Community»Town council re-elects president, swears in police officers 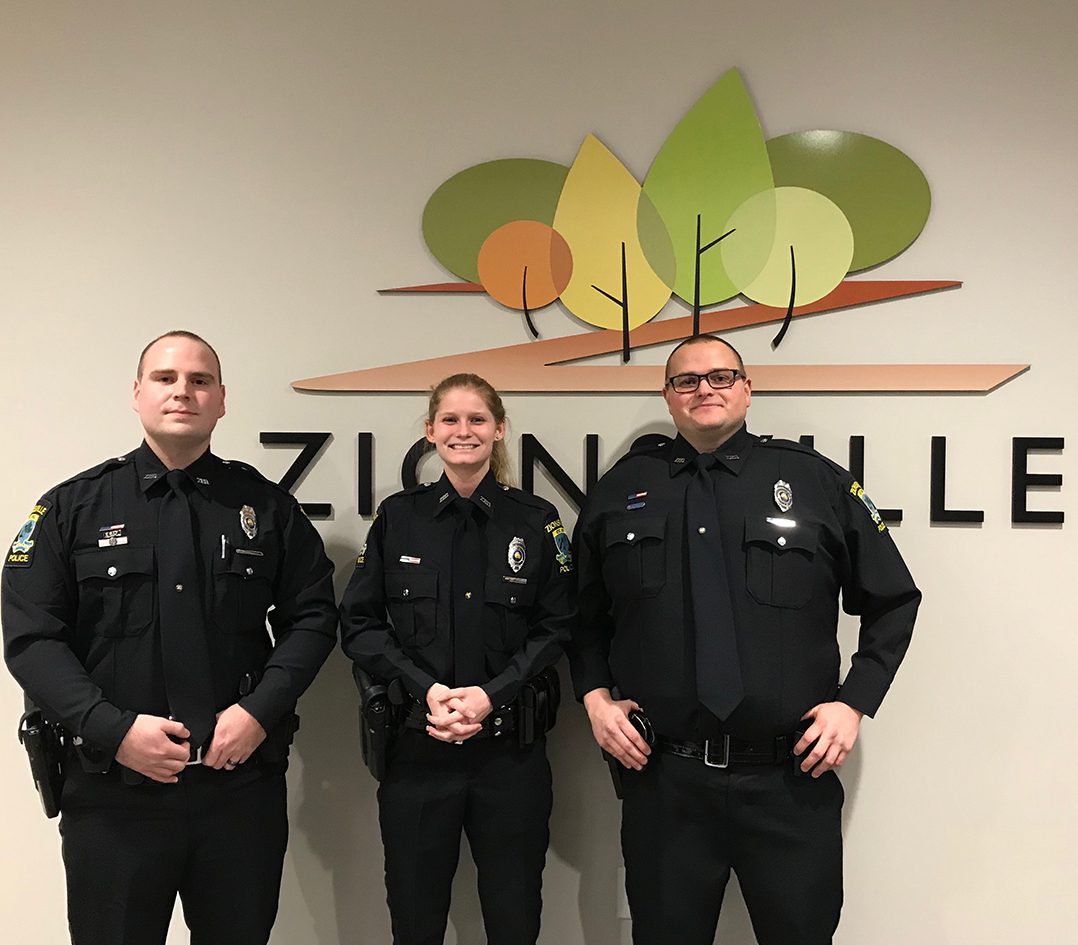 From left, Christopher Wheeler, Bryn Cavett and Amanda Heitz were recently sworn in as officers of the Zionsville Police Dept. by Zionsville Mayor Tim Haak and Chief of Police Robert Knox. (Submitted photo)

What it means: The three new officers were approved and hired before being sworn in. They took an oath of office for Zionsville police officers, administered by Haak. Family members then ceremoniously pinned on their badges.

Wheeler, a 2013 graduate of the Indiana Law Enforcement Academy, most recently served on the Indianapolis Airport Authority Police Dept. He has a bachelor’s degree in criminal justice from the University of Indianapolis.

Heitz most recently served on the Vermilion County Metropolitan Enforcement Group in Danville, Ill. She graduated from the Southwestern Illinois Police Academy in 2017 and earned a bachelor’s degree in Spanish and political science from the University of Illinois.

Cavett graduated from the Memphis Police Dept. Training Academy in 2017 and earned an associate’s degree in criminal justice at Vincennes University. Heights most recently served on the Memphis, Tenn. Police Dept.

What’s next: The officers will continue training with the ZPD and be assigned positions on the force.