You are at:Home»Current in Carmel»Carmel Community»Nelson files to run for Carmel City Council in west district

Miles Nelson, a business owner and father of two, has filed to run for the Carmel City Council’s west district.

As of press time Miles is the only candidate running for the seat, which is not home to any incumbents. All current city councilors have expressed intentions to run for re-election, but a redistricting plan approved in 2018 added a new district and shifted boundaries so that none of the incumbents live in the new west district. 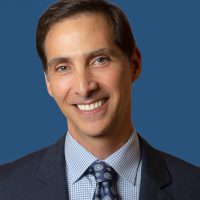 Nelson, a democrat, knows his party hasn’t historically had much success in Carmel municipal elections, but he’s hoping this year is different.

“With this newly formed west district I think there’s a fighting chance,” he said.

He said having a democrat on the council would be “great for the city.”

“As Carmel continues to become a more diverse city, I think it’s helpful that there are individuals serving on the council that have different ideas,” he said.

He said he comes from a family that encouraged serving others and being part of the solution. He hopes to do both in his hometown.

“I’m really proud of this city,” he said. “Everybody really likes living here. It’s a great place to raise your children. I want to be part of its success. I want to continue to help it grow and be what I think is the best city in Indiana.”

Nelson grew up in Indianapolis, graduating from North Central High School before attending American University in Washington D.C. to earn a degree in political science. He and his wife relocated to Carmel 14 years ago to raise their children, who are now 14 and 11 years old.

Nelson and a business partner own AOI, a Carmel-based executive search firm.

The primary election is set for May 7 with the general election on Nov. 5.