You are at:Home»Current in Noblesville»Noblesville Community»Column: Leonard Wild and his buildings

William Conner may have established the City of Noblesville, but there is another person who is responsible for how much of it looks today. Leonard Wild (1834-1909) could be considered Noblesville’s “master builder.” 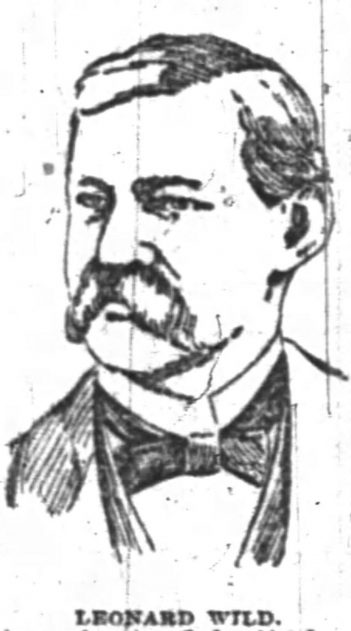 Wild was born in Germany and immigrated to the U.S. in 1854. After arriving in Noblesville in 1855, he went to work for the Conner family and others and eventually went into business for himself. He built his first home sometime before 1866 on the southwest corner of Clinton and 10th streets, now a parking lot.

Wild purchased the area of land known as “Plum Prairie” (the Southwest Quadrant) from the Conner family in 1866. He planned to develop it and originally named Fifth and Sixth streets “Leonard Street” and “Wild Street.” In 1867, he replaced the house that William Conner had built in 1837 with the structure known as the R. L Wilson House (now the home of Heavenly Sweets), possibly as an encouragement to move to the area. The development didn’t take off at first and remained agricultural for several years.

Wild was on the committee that built a new school in 1870 on the site of the 1852 County Seminary. The structure was known at first as the high school and later became Second Ward School. The site is now Seminary Park. He built himself a new home on Pleasant Street sometime before 1880. On a map of the period, it’s the only house in the area and was still considered a farm in 1890. He built a new building for his grocery business in 1880 (now the Noblesville Antique Mall). His most ambitious project at this time was to build the city’s first professional level theater, The Opera House, on north Ninth Street, in 1886. The only image we have of the building is from a Sanborn map because the structure burned down in 1892.

When the natural gas boom began in 1887, Wild jumped right in. He helped bring the Strawboard plant to the city in the 1890s. This caused the Plum Prairie area to grow rapidly as factory workers bought houses. There were some problems. The area soon acquired the nickname of “Johnstown” because of flooding.

With the success of the Plum Prairie development, Wild apparently went on a building spree. Later biographical articles give him credit for several prominent structures. After a bad fire on the courthouse square in 1892, he built the building known as the Harris-Joseph Block (now the offices of Church, Church, Hittle and Antrim). Other buildings were for the gas company (now Miller Surveying) and the Craycraft & Osbon store (now the Copper Still restaurant). The Craycraft building was much altered in the early 20th century and has now been semi-restored. It was probably around this time that Leonard Wild got the nickname “Boss Wild.”

The most spectacular structure he built was the second Opera House in 1895. It was fireproof with walls that were four-bricks thick. It was the main theater in the city for many years but was demolished in 1959 and is now a city parking lot.