James Mason, 42, of Indianapolis, was recently arrested by the Lawrence Police Dept. and the FBI Violent Crimes Task Force on two preliminary counts of robbery, a Level 5 felony. The arrest was made after two bank robberies in Lawrence. 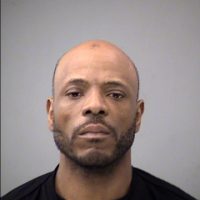 Mason has several other felony convictions dating back to the 1990s, including burglary, receiving stolen auto parts and battery.