You are at:Home»Current in Noblesville»Noblesville Community»Candidacy becomes official for three mayoral candidates on first day of filing 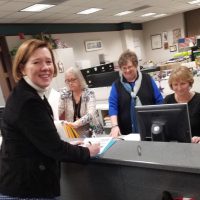 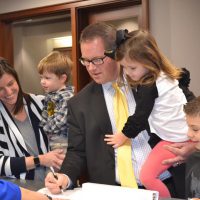 Chris Jensen’s family joins him to turn in paperwork at the elections office. 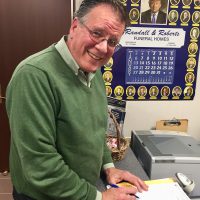 As of press time, three candidates for mayor – Mike Corbett, Chris Jensen and Julia Church Kozicki – have filed. All three announced their intention to run as Republicans in the May 7 primary election. To see Current in Noblesville’s one-on-one profiles of Corbett, Jensen and Kozicki, visit youarecurrent.com.

Other candidates for the open city clerk and city judge seats, as well as seats on the city’s common council, also filed Jan. 9. They are: