Don Farrell has many reasons for wanting to take part in Carmel Symphony Orchestra’s “Salute to Heroes” concert. 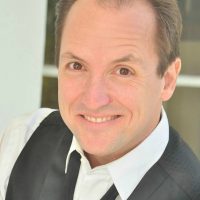 “It’s something special for me, not only because it’s honoring the veterans, active military personnel and first responders, but my uncle Nick served in the Navy and uncle Bill was a captain in the Marines, serving two tours in Vietnam.”

“There is nothing at all like singing with a symphony orchestra,” Farrell said. “Broadway is amazing, but Broadway pit orchestras are only like 20, 22 or 24 pieces. To have 70-plus orchestra members behind you, that is a feeling that you can’t quite put into words. It’s an amazing rush. It’s so wonderful to have all those artists coming together to produce such a powerful piece of music for the audience.”

“I’ll be the glue connecting the dots with the pieces and introducing the different artists,” Farrell said.

Farrell will perform, as will his fellow Actors Theatre of Indiana co-founders Judy Fitzgerald and Cynthia Collins. Also performing will be Jennie DeVoe, The Wright Brothers, Indiana University Singing Hoosiers and the Ball State University Dancers.

Farrell will sing “America the Dream Goes On.” He previously sang the song with an ensemble at the 1988 National Democratic Convention.

“I had a very active concert career starting back in 1991 when I started with Erich Kunzel and the Cincinnati Pops,” Farrell said.

Kunzel, who died in 2009, also was principal pops director for the Indianapolis Symphony Orchestra, which led Farrell to other performances.

“Then, when we started ATI in 2005, that part of my career took a backseat as we got the theater company going,” he said. “I’m so excited to start with symphony concerts again.”

Farrell and Hymes have degrees from the University of Cincinnati’s College-Conservatory of Music.