You are at:Home»Current in Noblesville»Noblesville Community»Kozicki reflects on school board tenure

For the past 12 1/2 years, Julia Kozicki represented her hometown and community as a member of the Noblesville Schools Board of Trustees.

Perhaps the longest-serving board member, at least in recent history, Kozicki’s tenure ended Dec. 31. She is not seeking re-election but is running for mayor of Noblesville in the May primary election.

Current in Noblesville recently sat down with Kozicki to discuss her time on the board and the changes she has seen in the district. 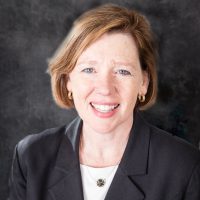 When were you first elected?

What prompted you to first run for school board, and why did you continue to seek the seat for two more terms?

“The first time, I ran in part because I was a Noblesville resident and graduate (class of 1987), and I felt a passion for Noblesville Schools. My kids were just starting in the district, and I had been in the Hamilton County Leadership Academy with Judy Rothrock, who was then serving on the board. She knew that one of the incumbents was not going to run again and called me and encouraged me to run after going through HCLA with me. I processed that thought for a couple weeks and finally, at the last minute, threw my hat in.

“In 2010, we were in the middle of our first successful referendum campaign and transitioning to a new superintendent, and it was important that I stayed the course through that effort. I wanted to see that path forward. Then, in 2014, I thought it was important to run that time for a sense of continuity for the board, and again, we were in a period of superintendent transition.”

What are some milestones the district has hit or major changes you’ve seen since you’ve held your seat? 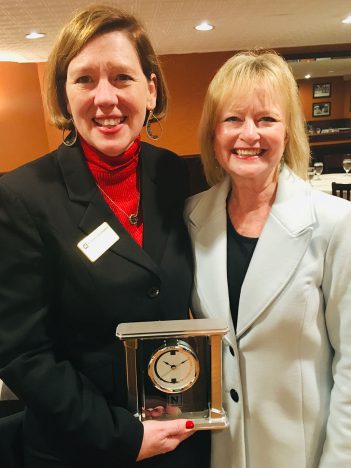 “Well, first of all, we’ve opened three buildings and renovated every other building in Noblesville Schools during my tenure. We’ve opened Noble Crossing (Elementary), what was then Noblesville Intermediate School and Noblesville West Middle School were opened in 2007. Promise Road Elementary opened in 2011, and we’ve made additions and renovations to everything else over the course of that period. One of the things, when I first ran in 2006, the board had just adopted a plan that the district was going to go to five transitions over a student’s tenure (K-4, 5-6, 7-8, freshman campus, high school), and every time you have a transition, that creates a challenge for students. So, one of the things that I think is very important and I’m proud that we’ve accomplished is shrinking that down to only have three transitions, after fifth grade and after eighth grade.

“Other things are adopting A.L.I.C.E. training, creating our internship program, and we’ve really had a big focus over the past several years of looking at the whole child – social/emotional pieces, the cultural competence pieces, knowing that not every child is going to go to a four-year college, and creating opportunities for them to experience careers whether they are college-bound or not.”

What are some of the challenges the district has faced since you’ve been a school board member?

“Early on in my tenure, the first time I ran, the very first question I was asked at a candidate forum was, ‘One or two high schools?’ We have processed and answered that question now for the next 20 years.

“Certainly, school safety has become a huge challenge. It was and has been a conversation that we continue to address. I think mental health issues for our students is a growing concern.

“There also is the constantly moving target of standardized testing. It is hard to know how to measure when the test changes every year.

“When I started on the board, that was before the property tax caps were implemented. That whole process has completely changed how schools are funded, and Noblesville has not been and will not be made whole by the current state funding formula. The community supported the schools at a higher level than most communities did before the property tax caps were implemented, so to maintain what we have always done, it was necessary for our citizens to continue to fund schools through the referenda. I am so thankful people continue to do so.

“We’ve also had significant demographic shifts. When I started, we were just over 7,000 students, now we’re at 10,500 to 10,600. The first year I was on the board was our high-water mark where we had more than 600 new students. We have closed Forest Hill Elementary and sold the Ivy Tech building. Those have been big shifts.”

Kozicki said she hopes to continue serving as a member of the Noblesville Schools Education Foundation board.

“I will always have a soft spot in my heart for Noblesville Schools, both as an alumna and a parent,” she said. “I think the work the schools have done is so important in preparing our community for the future.”