Beef & Boards is celebrating the 40th anniversary of the Broadway premiere of “They’re Playing Our Song” by bringing the show to the stage.

Not only has New York City-based actor David Schmittou never performed in the musical, he’s never seen a production of it or was even familiar with it. 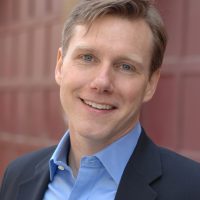 “It’s all a new experience for me,” he said.

The musical, which runs from Jan. 4 to Feb. 3, centers on a composer and his relationship with a quirky young female lyricist. It was written by Neil Simon with music by Marvin Hamlisch and lyrics by Carole Bayer Sager.

Schmittou, who plays the composer, said there are some challenges with a cast of only six performers.

“On a small cast show like this, of course there is a lot more material to be learned by each person in the same amount of time,” Schmittou said. “But it can also be a really wonderful experience because with so few people, you really have to time to build strong relationships with each other.”

Schmittou said the other Neil Simon plays he’s has done were the musical “Promises, Promises” and “God’s Favorite” as a senior in high school.

“But I love Neil Simon’s writing,” Schmittou said. “I think ‘The Odd Couple’ is one of the great American comedies of all time. And I think ‘Barefoot in the Park’ is also a really fantastic and well-written play that still holds up today.”

Schmittou usually spends seven or eight months each year out of town performing.

“My last appearance at Beef & Boards was as Professor Henry Higgins in ‘My Fair Lady,’ which was also one of my favorite experiences there,” he said. “I also loved doing ‘The Sound of Music,’ ‘Lend Me a Tenor’ and ‘The Drowsy Chaperone.’”

Indianapolis resident Jeff Stockberger is directing “They’re Playing Our Song” and Doug King is the choreographer.

“It is a gem that is not done very often and the audience will love it,” Beef & Boards owner Doug Stark  said. “And how can you go wrong with Neil Simon and Marvin Hamlisch?”