You are at:Home»Current in Fishers»Fishers Community»OneZone recognizes businesses, individuals at awards luncheon

OneZone Commerce recognized a variety of businesses and individuals Dec. 12 during its annual awards luncheon at Ritz Charles.

Business of the Year – Fishers: 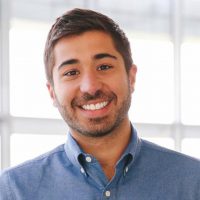 Emplify, an employment engagement survey and analytics company, received the Business of the Year Award for small to medium-sized businesses. CEO Santiago Jaramillo was one of Launch Fishers’ first members.

“The thing that stands out to me the most is how grateful I am and we are about being in Fishers and being in Hamilton County,” he said.

Business of the Year – Carmel:

PEDCOR, a national company headquartered in Carmel, was given the Business of the Year Award for large businesses. PEDCOR helped develop the Carmel City Center, The Indiana Design Center and the Carmel Old Town Shops.

Young Professional of the Year:

The award went to Courtney Lloyd, a VP private banker at STAR Financial Bank. The Young Professional of the Year Award goes to a person between the ages of 21 and 40 who demonstrates leadership and a passion for making a difference in their community. Lloyd volunteers with Habitat for Humanity, Food Rescue and coordinates and coaches youth basketball.

“I wake up every day and I love my job. I love going to work. I love who I get to partner with and what I do. I know that’s a blessing and not many people get to say that,” she said.

The award went to Winston Long and his company, Omni Centre for Public Media, for working with the City of Carmel during the past 15 years. Mayor Jim Brainard spoke in a video honoring Long.

“It is an honor to be a resident of this city,” Long said. “This city means a lot to me.”

The award went to Mike Peterson, a 28-year employee for FORUM Credit Union. Peterson also has served on the Hamilton Southeastern Schools Board of Trustees and is a board member of Community Health Network and an active member of the Fishers Rotary Club.

Anthony’s Chophouse in downtown Carmel received the award for Best New Construction in 2018. The renovation award went to Citimark’s Visionary Building in Fishers on Visionary Way.

The award recognizes a company working to solve environmental challenges. It was awarded to the Hamilton County Commissioners for their work on the Hamilton County Jail Solar Project. The project has an estimated gross savings of $25 million during the course of 25 years. 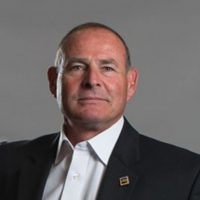 “His position on the merit board is voted by members of the (police) department every two years, and he gets all the votes,” CPD Chief Jim Barlow said. “That, to me, says a lot about his personality.”

Mishelow also received $1,000 to give to the nonprofit of his choice.