What to get: “Wich” Came First 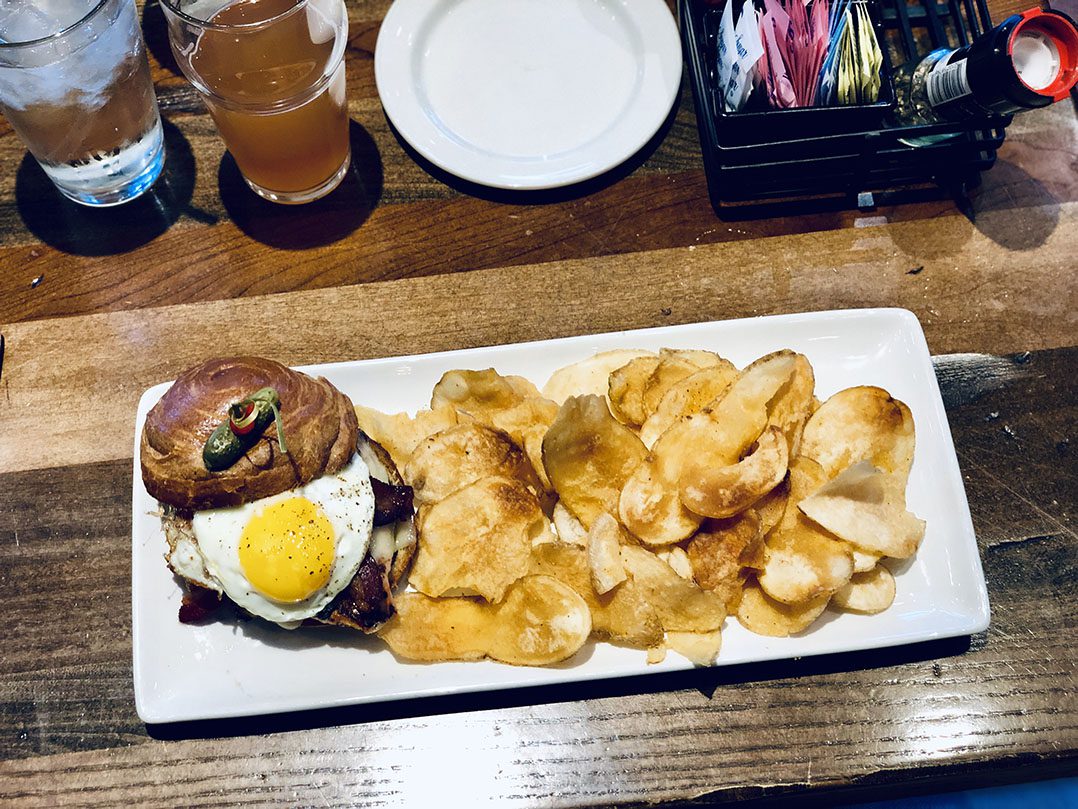 The “Wich” Came First sandwich at Four Day Ray layers a sunny-side up egg on top of a grilled chicken breast, hickory-smoked bacon, Swiss cheese and a zesty Dijonnaise. (Photo by Anna Skinner)

Anna’s take: For an appetizer, I ordered the lobster corn dogs ($15). These are three pieces of sweet, cold-water lobster battered and fried and topped with a Meyer lemon aioli and red onion gremolata. I don’t know what it is about seafood battered like a corndog, but the appetizer is all the craze right now, and rightfully so. If you don’t have a shellfish allergy, I encourage you to try these puppies out.

If I have the opportunity to add an over-easy egg onto any sort of burger, I always do it. Eggs just add something a little extra on a burger, especially on Four Day Ray’s “Wich” Came First sandwich, which consists of a sunny-side up egg, grilled chicken, hickory-smoke bacon, Swiss cheese and a zesty Dijonnaise on a croissant roll. The croissant was next level and gave the dish a brunchy feel. I ordered a side of Four Day Ray’s house-made potato chips and dipped them in the runny egg yolk – yum.

Suggested pairings: The neat thing about Four Day Ray’s menu is under each option, it recommends what beer to pair it with. For those of us who aren’t beer connoisseurs but like a good brew to pair with our meals, FDR makes it extra easy. For the “Wich” Came First, the suggested options were a blonde or pale ale. FDR has a crisp Blood Orange Blonde ale ($6.50) that I just love, so it was an easy choice.