You are at:Home»Current in Carmel»Carmel Community»Carmel woman reflects on century of change as she prepares to celebrate 102nd birthday

When Pauline Anweiler was a teenager, she wrote in her journal, “I want to move to the big city.” 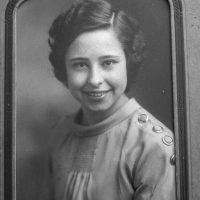 Born on a farm in Cayuga, Ind., in 1916, Anweiler spent her early years without many of the modern conveniences available today, such as electricity, washing machines and television.

More than a century later she lives in Carmel with her daughter, Sharry Haston, and is preparing to celebrate her 102nd birthday Dec. 23.

“I’m so glad I got to live on a farm,” Anweiler said, of her childhood. “My mother was a very wonderful woman, and she taught us morals and how to work and how to keep house.”

Anweiler fondly remembers large gatherings at her childhood home, such as when farmers and their wives would gather at one another’s farms to help thresh wheat. 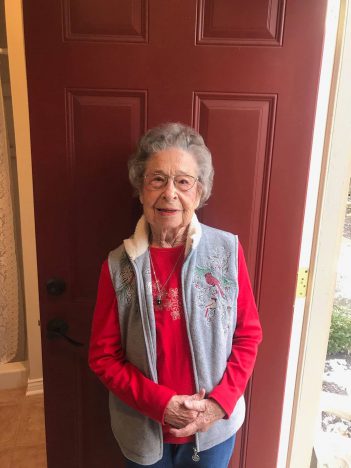 “Sometimes we’d have 12 to 15 men to cook for. The men would come in from the fields for lunch. I can remember my mother would bake pies early in the morning and kill chickens early in the morning and we’d just have a feast in the evening, gathered around, telling jokes and laughing,” Anweiler said. “We kids weren’t supposed to eat until after the men had left the table. Then we got to eat what was left.”

Anweiler got her chance to move to the city in 1936, when her aunt and uncle, who lived in Indianapolis, asked her to be a nanny for their three young children. In 1940, she married Tolbert Anweiler. The couple would go on to own their own business, Dandee Beverages, and have four children. They sold their business after Anweiler’s husband suffered a stroke. He died in 1979.

Today, Anweiler’s hobbies include volunteering, cross stitching, crossword puzzles, visiting with family and working on her memoirs with the help of her daughter, Sharry.

As for the secret to her long life?

“I’ve got good genes. I was telling Sharry, I think it’s important to have a good attitude, to stay active—not busy, but active. And to have God in your life,” she said.