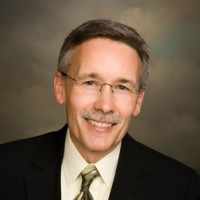 The redistricting plan prioritizes sending students to the schools closest to their homes. The plan reduces the number of portables and limits students needing to cross Ind. 37 to reach their school, except for Harrison Parkway Elementary. The plan centralizes the pre-K program to Brooks School Elementary instead of continuing to house the program at Lantern Road Elementary.

The adopted plan does offer grandfathering, which will be further explored after winter break for students that qualify. For grandfathered students, although they are able to remain at their same school, transportation will not be provided. Grandfathering only is offered for third-, fifth- and seventh-grade students.

“Redistricting is never an easy process, and I want to thank everyone who took part for giving their valuable time and input,” Bourff stated in a press release. “The plan accomplishes several goals by moving the fewest possible number of students. Most importantly, it balances our school enrollment and fills the new Southeastern Elementary, which opens in fall 2019.”

The HSE district will release open house dates, potential tours and welcome events in the future.

When the redistricting plan goes into effect in the 2019-20 school year, 2,265 students will be moved to attend a different school. For more, visit hseschools.org.