Fishers Junior High School placed first out of 14 middle schools during the Dec. 11 We the People State Finals in Indianapolis. 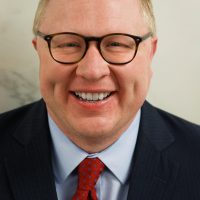 Fishers resident Charles Dunlap, who also serves as the executive director of the Indiana Bar Foundation, said the organization has administered the We the People program since its inception in 1987.

We the People focuses on teaching students about American history, government and constitutional issues, including current events.

“A lot of the kids do this, and they come out of this more actively engaged, vote at higher rates and are more open to seeing both sides of the issue,” Dunlap said.

The competition consists of a mock congressional hearing, where students are “experts” and volunteers are “congress members” who ask questions. Teams advance from Indiana’s four regional competitions to a state competition.

“It is pretty complicated and many in-depth questions are asked of students,” Dunlap said.

He said the three We the People teachers at Hamilton Southeastern are among the best in the nation.

Dunlap said there is strong support for the program from HSE’s administration.

“The administration at all levels has supported this,” he said.

Dunlap said a summer initiative is offered to aid in professional development opportunities for any teacher looking to learn from experts about how best to teach a We the People course.

Dunlap said investing in teachers is crucial and part of a much larger initiative of the Indiana Bar Foundation.

Fishers previously won a state title in 2017, and the team received a national award at a ceremony in Washington, D.C. Students also were recognized at the Indiana Statehouse and received a private tour led by Supt. of Public Instruction Jennifer McCormick.