You are at:Home»Current in Carmel»Carmel Community»TCC Gives provides smartphones for domestic violence survivors

When Julie Moorehead was looking for a cause for Carmel-based charitable organization TCC Gives to support, she turned to employees at a TCC sales rally for suggestions.

Moorehead, executive director of TCC Gives and wife of TCC CEO Scott Moorehead, said an East Coast employee had a mother working in a homeless shelter who said there was a need for cellphones. 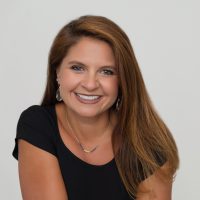 “When you’re in a position like that, you don’t have a direct number people can call you at, and you are playing phone tag at the shelter,” Moorehead said. “It’s just not easy. We loved that idea, but we wanted to narrow the focus a little more.”

Moorehead said Verizon, the brand TCC sells in its stores, has always been committed to helping domestic violence victims.

TCC Gives started the More Than a Phone program in 2017, working with Coburn Place, Julian Center and Prevail of Central Indiana. The program provides smartphones, along with data, text and talk, to survivors though local nonprofits.

Susan Ferguson, executive director of Noblesville-based Prevail, said it has been a great partnership with TCC.

“None of us can even do our jobs or communicate without phones anymore,” Ferguson said. “The fact they are donating those for people in need has been huge for us. When we have victims of domestic violence who are experiencing some kind of cyber abuse, so either their assailant is tracking that phone or it’s a shared account where the person has access to who they are calling, being able to give them a phone that their assailant or abuser doesn’t know about is really helpful. Then there are those that just don’t have a phone and they’re looking for a job or we need to remind them about an appointment with us. It really is a life-saving gift.”

Moorehead said the phones help survivors communicate with family, lawyers, advocates for the shelters and schools.

“Most of these women we are dealing with can’t afford $50 a month, plus the phones are $500 for a decent one,” Moorehead said.

Even if those who receive smartphones can’t afford to continue the service, Moorehead said the phones can be used in places with free Wi-Fi.

More than 500 phones have already been donated to several shelters.

TCC also is accepting donated phones from the public.

“The higher quality phones will be refurbished and they will go into the program,” Moorehead said. “Even if it’s an old device, we’ll recycle it and they give us a little money for scrap.”