You are at:Home»Current in Westfield»Westfield Community»Westfield resident pens ‘The 5 Greatest Disappointments in Heaven’

Westfield resident Lynn DePeal published his first book, “The 5 Greatest Disappointments in Heaven,” in October. It is less than 100 pages and took about a month to write.

He recommends prospective readers have a sense of humor. 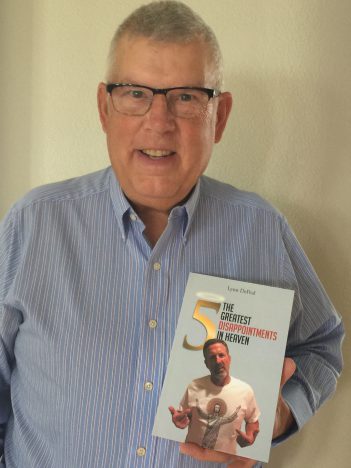 “People say it’s kind of fun to read and most of the people say they enjoy it. I thought about it for 20 years with things coming into my head,” he said. “It’s not a theological book at all, although it might get some people rattled up if they think heaven should be perfect.”

DePeal said each of the book’s five chapters take humorous and unexpected turns.

“I take the things in my life and go through them in each chapter. There’s five of them that try to surprise people at the end,” he said. “There’s some historical things. I talk about sports and I talk a little bit about my upbringing and things I learned from my parents.”

DePeal originally planned to include the top 10 disappointments, but when he reached the top five, he decided that was enough. For now, he isn’t sure if he will write another book.

“I kind of have an idea for one, but right now I want it to be a little less serious,” he said. “I want to figure out how to get a little humor into it and tell some stories about things that are important to me. I’ve been working on some things like that.”

“The 5 Greatest Disappointments in Heaven” costs $12.95. For more, visit onlinebookclub.org.