On Dec. 4, Lawrence Mayor Steve Collier announced he will seek re-election in the upcoming mayoral race.

Collier took office in 2016. He stated if re-elected in 2020, he would continue his vision of moving Lawrence forward. 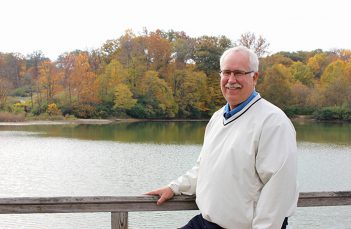 Collier said restoring the city’s financial and technological security is among his top achievements.

“Following the restoration of our IT system, the next step was to restore our city’s financial health,” Collier stated in a press release. “Our city’s CFO and his staff not only restored our finances, but they have also earned the Government Financial Officers Association Award for two years in a row. Lawrence and its utilities have received five credit rating increases, saving residents over $4 million in interest payments, which has allowed us to do a lot more for our citizens without raising taxes.”

Public safety and road improvement projects will be at the top of Collier’s list, if re-elected.

“We’ve continued to invest in public safety each year,” Collier stated. “The city purchased new equipment for firefighters and police officers, from the body-worn cameras for each officer to new engines and ladder trucks for our Lawrence Fire Dept. Spending on public safety has increased 27 percent (or $14.1 million) since 2016. Lawrence will open a new, state-of-the-art police headquarters in 2019 as well.”

By the summer of 2019, Collier said the city will have invested $5 million in paving and other road-related projects.

Collier also said economic development and growth will remain a top priority as Mission Mechanical and Meyer Plastics are anticipated to bring several hundred jobs to the city.

“I’m looking forward to serving this community over the next four years,” Collier stated. “I am confident that my team will be able to move my hometown, our city of Lawrence, forward.”