You are at:Home»Current in Carmel»Carmel Community»Donut 5K features donuts, dogs Dec. 22 in Carmel

Carmel is known for promoting an active lifestyle, with an ever-expanding network of hiking and bike trails and the growing popularity of several running events. 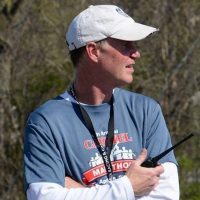 One of the annual runs is the Dec. 22 Donut 5K—named after event sponsor Jack’s Donuts—which gives out 8,000 donut holes throughout the event.

Race Director Todd Oliver, who has been involved with the Donut 5K since it launched in Indianapolis as an NCAA-sponsored event, said it is popular with families beause it’s a good fit for runners and walkers.

“(The race is ) open to anybody and everybody,” Oliver said. “We want people to showcase their dogs and the rescue (organizations) will be on-site for people to see and adopt (dogs).”

This year, participants from more than 14 states will participate in the 9 a.m. race, which begins and ends at the Carmel Racquet Club. The event will feature parties spread out across four tennis courts; medals for winners; cash prizes; and gourmet donuts from the sponsor.

Oliver called the event a “must-do for the holidays” and said his favorite part is how it has become a holiday costume contest for the pups.

“It’s fun to see it become one of the running traditions Carmel has,” Oliver said. “We have the Carmel Marathon, Bolt for the Heart and now this one. All three events attract runners from all over the Indianapolis area. Carmel should be proud that we embrace the active life.”