You are at:Home»Current in Geist»Geist Community»Mt. Vernon Community School Corp. retains A rating

The Indiana Dept. of Education recently released the 2017-18 district school grades, and Mt. Vernon Community School Corp. once again received an A rating.

Out of the district’s five schools, all but one retained or improved rating. Fortville Elementary was the only school that dipped from an A in 2016-17 to a B in 2017-18. 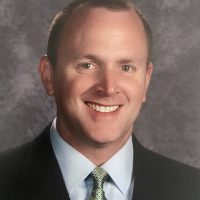 Growth is calculated from ISTEP test results. Although MVCSC retained its A rating, it increased the rating of Mt. Comfort Elementary from a C to a B.

Chief Financial Officer and interim co-Supt. Chris Smedley said the district concentrated heavily on the mathematic side of the test last year.

“We, as a whole, last year really concentrated our efforts on the mathematic side across the district, K through 12, and really tried to provide intense instruction as well as remediation enrichment in mathematics,” Smedley said. “It really paid off across the district. That’s where we gained most of our growth last year. It was nice to see the work we put into that area really paid off.”

With a new ILEARN test coming next year, Smedley said the 2018-19 school year will be a transition year when it comes to judging how the district is doing based on its accountability grade.

“We are always striving for continuous improvement. This year is a little bit different with the new test coming out through ILEARN, so it’ll be a little bit of a different assessment for us than we’ve been accustomed to,” Smedley said. “I think this year the growth component may be a little different because you can’t compare one test to another.”

Although the testing is different, the timeframe remains the same. Students will test in the spring.

“We are extremely proud of being an A district again this year. That’s just an indicator that our teachers and administrators were working very hard to make sure we are preparing our students to their fullest ability,” Smedley said.