You are at:Home»Current in Fishers»Fishers Community»Back in the day: A rich history in downtown Fishers

Within the last few years, the landscape of downtown Fishers has changed dramatically.  Greenspace has been replaced with apartments and parking garages.  The train station has been replaced with a multi-use commercial building, and soon, the 9-mile Nickel Plate Trail will replace the historic railroad tracks.  But with all of the changes made in the name of progress, there is a small section of downtown that still retains the history of Fishers. This “Historic District” is anchored on one end by the Nickel Plate Bar and a State Farm office on the other end. A grain elevator towers above them, symbolizing our rural past. 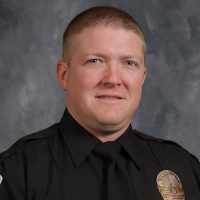 At first glance, these buildings look nondescript, but in actuality, they each tell a story of the history of Fishers from a different time period.  Before it was a State Farm office, the building housed the American Legion during the 1950s. It’s major contribution to downtown is that it is the oldest building currently standing.  In 1886, Fishers had only been a town for 14 years when Sam Trittipo moved his general store from the bustling town of New Britton. Residents at that time believed that the move to Fishers eventually caused New Britton to fade away.

Until recently, Vardagen occupied the white building next door to Trittipo’s general store.  But in 1915, this newly constructed building was the home of the Fishers National Bank until it closed in 1930.  The original safe is still inside.  Through the years, it was a restaurant. During the 1970s, it was City Hall.

During the next few weeks, I will go into the history of these buildings.  It will be accompanied by colorful stories and pictures along with quotes from residents. Come back each week to learn about the rich history of Fishers.

Robert Bowling has been a Fishers police officer for 16 years.  He  is a school resource officer and is the Fishers Police Dept. historian. He has a love of history and enjoys sharing it with others.  He recently wrote the script and performed in the “Battle of Mudsock” re-enactment.