According to a recent Nielsen report, the average U.S. adult now spends nearly 11 hours per day connected to some type of digital media. Although social media platforms have a reputation for wasting time, three Hamilton County residents chose to lean into the rising tide of Instagram, building community and forming their own lucrative side ventures.

In 2012, iPhones increased in popularity and accessibility after having been picked up by Sprint and Verizon the previous year. Instagram, which started as a photo filter app in 2010, had just been bought by Facebook in what turned out to be a fateful tech acquisition because of Instagram’s increasing growth. In June 2018, Instagram reached 1 billion users, half of whom view the app daily.

“In late 2012, Instagram was super big and growing,” Griswold said. “(Users) were chatting through generic location tags and we found each other through #Indy.”

A graphic designer by day, Griswold began honing his photography skills with Instagram as the catalyst.

Andy Cassler, a Westfield resident, was one of the first people Griswold met through location-based Instagram hashtags. Cassler still remembers downloading the app, sparking his newfound interest in photography. 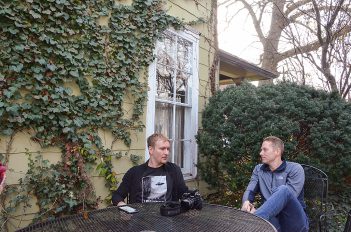 Addison Ray, left, and Andrew Griswold discuss the business of social media in the space between Black Dog Books and Serenity Tea Room in Zionsville. (Photo by Sara Baldwin Schatz)

“I started to follow people who were taking creative photos like I was,” Cassler said. “Eventually, in January 2013, there were several of us following each other.”

Griswold and Cassler noticed that people in other places like New York and Hong Kong were doing “InstaMeets,” organized meetups where photographers explored an area of the city together while taking photos for Instagram. They felt Indianapolis could play host to something similar.

“We talked about it for a couple months and then organized one,” Griswold said.

Their first InstaMeet was in January 2013 on Monument Circle in Indianapolis. It was cold, but people showed. Each meetup gained more attendees.

The group became known as #IGersIndy and created the account @IGersIndy to repost tagged photos. Today, the account has nearly 22,000 followers and meetups are still planned periodically.

Local entities began to see IGersIndy as a marketing tool. Museums and hotels invited the group for meetups and conducted product giveaways or sometimes provided food.

Realizing the potential to profit from IGersIndy, the core group decided that the point was not to make money, but to be a free and open community for photographers to meet and explore the city, exchange ideas and share content.

“There was a chain reaction for promotional opportunities, but as a community there was a general consensus that we didn’t want it to take that shape,” Cassler said.

Griswold, however, found himself stepping naturally into the marketing role.

“I’ve always been kind of business-oriented. I think of social media as a tool and not a mindless platform to scroll,” Griswold said.

In 2014, he was featured by Instagram, and his follower numbers increased. During the next four years, Griswold used Instagram to connect with various companies and brands. He began running sponsored campaigns and designed the content to generate business.

“I used (IGersIndy) as a kickoff,” Griswold said. “The first campaign I did in indianapolis was with the Children’s Museum of Indianapolis.”

For the Children’s Museum campaign, Griswold organized a handful of what would later become known as “influencers”, Instagram accounts with established credibility. The museum granted special access and gave a tour to Griswold and his crew.

“It was a huge campaign,” Griswold said. “I used that same platform to work with other brands in the city, like Indianapolis Motor Speedway and Visit Indy.”

Now, an account must have more than 5,000 followers to be an Instagram influencer. Influencers typically charge $10 per 1,000 followers for a sponsored post and more for a larger campaign.

Griswold works full time as an art director for Well Done Marketing and works an additional 40 hours each week running digital campaigns for freelance clients. He has worked with Olympus, Polaroid, Microsoft and Samsung, among other companies. He has more than 63,000 followers on his personal Instagram account.

A market for independent business

Addison Ray, a 2007 Zionsville Community High School graduate, began using Instagram in 2012. Like Griswold and Cassler, he also was finding his footing with photography by utilizing the app’s filters and tags.

While visiting Austin, Texas in 2011, Ray was inspired by the “Keep Austin Weird” slogan and thought social media could bolster independent businesses in Indianapolis.

“I thought, ‘Indy could have something like this,’” Ray said. “Austin has an identity and there is meaning behind what their city is about.”

Ray launched Keep Indy Indie in 2013, first as an Instagram hashtag and then as its own account, @KeepIndyIndie.

Ray first created all of the content himself, visiting businesses and photographing on location. He attended the IGersIndy meetups and met local photographers. Instagram users began tagging their photos with #KeepIndyIndie and Ray re-posted them.

“The photos I was reposting from people using the hashtag were phenomenal photos,” Ray said. “The IGersIndy folk inspired me to become a better photographer and Andrew (Griswold) is one of the first people who taught me about photography.”

“The way we promote independent business is unique because it doesn’t come across as spam or too much like an ad,” Ray said. “People genuinely like the content.”

The unique business model has become Ray’s full-time job. Directory listings range from $99 to $249 per business per year. Social media posts are used to plug the listings. Businesses also can pay for a sponsored post. 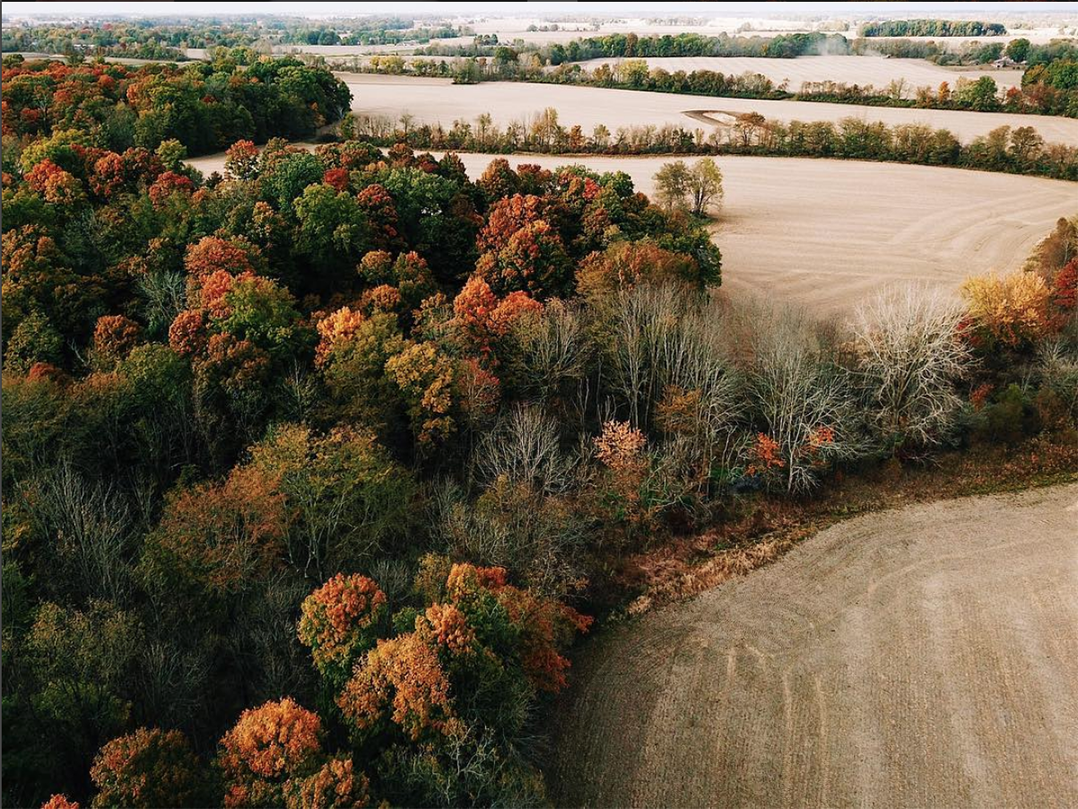 Taking great photos comes down to a few basic things for me; light, composition, and subject matter. Combining two or more of these that makes a photo really stand out against the rest.