Radley Haddad figures not many have it better this year than he and his younger brother, Griffin.

“I said to him, ‘How cool is it that you get to Lambeau Stadium for work and I get to go to Yankee Stadium,’ two of the most recognizable stadiums in their respective sports,” Radley said. “It’s pretty incredible.” 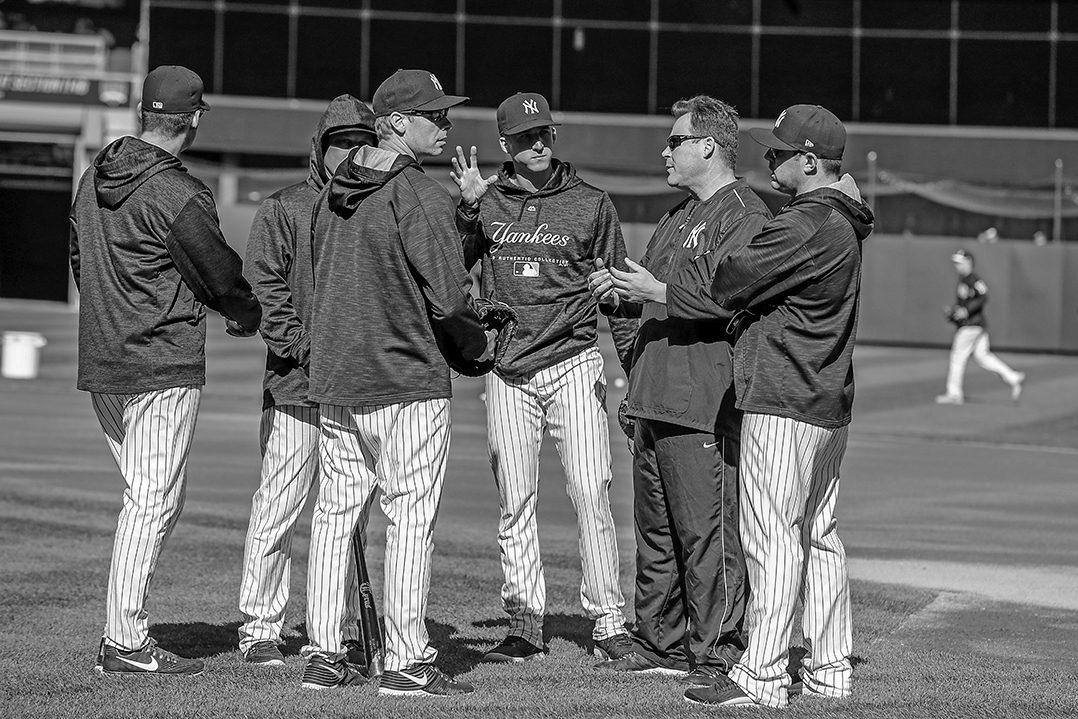 Radley, a finance major and baseball player at Butler University, signed with the Yankees as a non-drafted free agent in 2013. He played 92 games in four years in the minor leagues, reaching Double-A with Trenton for a game. He spent the second part of 2016 as player-coach at rookie level Staten Island.

He showed up for spring training in 2017 and was switched to his current role. Before his playing career ended, then-Yankees manager Joe Girardi, who was let go after the 2018 season, decided to surprise Haddad and reward him with one at-bat for the Yankees against the Atlanta Braves at Atlanta’s SunTrust Park in a spring exhibition game. 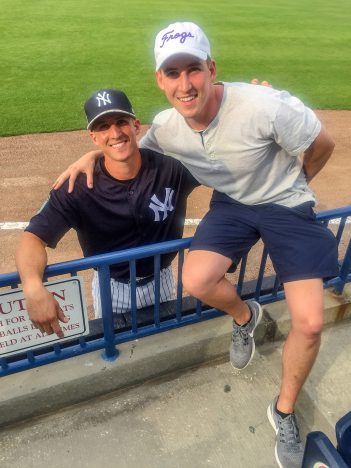 “They made it easy for me to make the transition (to bullpen catcher and coaching),” Radley said. “Stepping away (totally) would have been tough, but I’m still able to use the skills that I have. It’s been enjoyable.”

Radley said he already has expanded his knowledge.

“I’m going to do whatever the team needs me to do,” Radley said. “(They could) ask me to move off to the front office or do more coaching. I’m just enjoying every day. I get to come to work at Yankee Stadium, which is pretty cool.”

The biggest lesson Radley has learned is the amount of preparation that goes into each game.

“Not only are they the most talented baseball players in the world around, but they also prepare and are able to use the scouting reports around them better than I’ve seen,” Radley said. “In high school, college and minor leagues, you know a little about the opposing teams, but most of it is just go out there and play. These guys catch on to tendencies and tips and other things to take advantage of their weaknesses. It’s always nice to see when it all comes together.”

On a typical day, Radley watches video on opposing hitters and pitchers. He said he does a lot of advance scouting to help prepare game plans.

“I’ll write some reports and figure some things we can do to exploit them and how we should attack them,” Radley said. “Then, when the players show up, I’m working with the pitchers, catching their bullpen. Sometimes I throw batting practice. Sometimes I’m just out there working with the infielders. It’s kind of a jack-of-all trades.”

For the first three innings, Radley is in the dugout getting the feel of the game.

“It’s kind of like counter-intelligence,” he said.  “Watch to see if the pitcher is giving anything away. Then in the fourth or fifth inning, I’ll head to down to the bullpen. Guys will get restless or the phone will ring and I’m down there to warm up the guys when they go.”

As the game has transitioned to being more analytics driven, Radley said he has an advantage with his finance background.

“I know numbers and the game a little bit, which is a good combination,” Radley said.

Radley attempts to bridge the gap between the two sides.

“It’s interesting the blend between the old-school baseball guys and the new analytics side,” said Radley, who married Butler graduate Arielle Hemrick, a Brooklyn dentist, in November. Griffin was his best man. 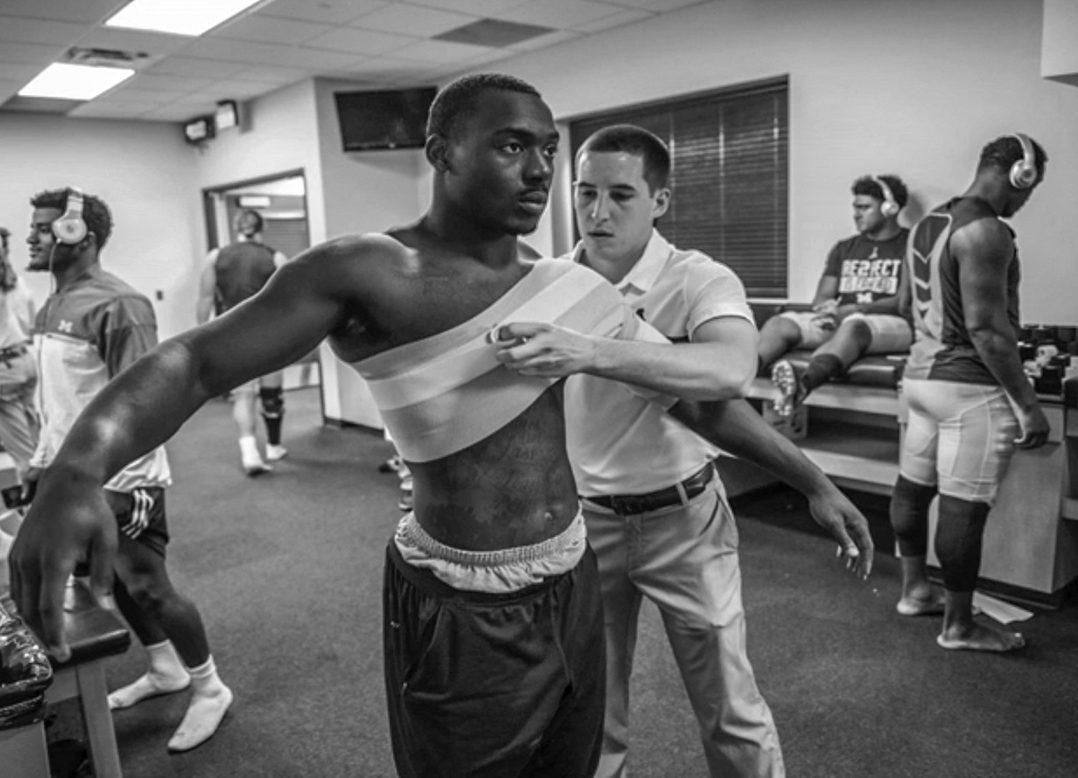 ‘My heart lies with football’

Like his older brother, Griffin, 26, was a catcher at Brebeuf. However, a pair of wrist injuries forced Griffin to move to second base to finish up his high school career.

Working with athletic trainers at Brebeuf with his injuries introduced him to the profession and what it entails.

“That was the first realization that sports medicine would be a great way for me to maintain my presence in athletics as well as study something interesting,” Griffin said.

“My brother is a little more competitive and self-driven when it comes to competition,” he said.

Griffin worked with the football team while an undergraduate at Texas Christian University in 2014. He then worked with Michigan’s football team for two seasons while studying for his master’s degree in sports management. He is on a full, one-year sports medicine internship with the Packers that can be renewed. However, Griffin might be seeking a full-time position.

“My heart lies with football. That’s where most of my past experience has been, and it’s all been positive,” Griffin said. “It’s a pretty demanding sport as far as sports medicine goes. It keeps you busy and keeps you on your toes. One of the things I enjoy most about football is you are using all the knowledge your learned in school, the upper body, the lower body. Any kind of injury can walk in the door at any time. It can be chronic or acute. You have to be ready for just about anything.”

Griffin enjoys the lifestyle of not having to travel as much as he would with a Major League Baseball or NBA team.