Natalie Heinemeyer is ready to take the challenge of an iconic role. 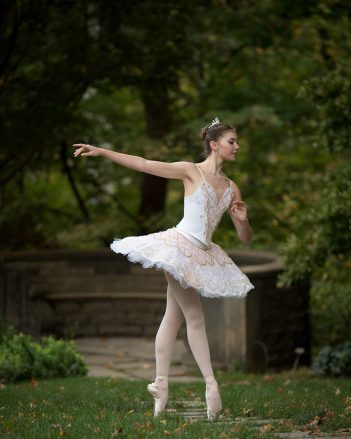 “I am honored to dance the role of Sugar Plum. It is physically demanding and very exciting to be dancing such a historically relevant piece to music everyone loves,” the Westfield resident said. “Being cast in this role pushes me to work harder than ever and it is good to have an amazing partner like Gabe (Gabriel Weiner) to perform with.”

“We’ve double-cast all of our lead roles since we have so many talented performers,” Ballet Theatre of Carmel Artistic Director Jane Hachiya-Weiner said. “It’s a nice situation to be in. We have double-cast a few roles, but I don’t believe we have ever double-cast our Sugar Plum Fairy before. We’re pretty pleased.”

Heinemeyer, a 16-year-old homeschooled sophomore, said the challenge is trying to make the role her own.

“I’ve always loved it,” Heinemeyer said. “The music is very nostalgic to me.”

“But my favorite part is performing,” said Heinemeyer, who is in her fifth performance with Ballet Theatre of Carmel.

Heinemeyer played Odette in “Swan Lake” in the spring.

“I’ve danced since I was 3, mostly ballet but I did some tap,” said Heinemeyer, who trained at a school in Paris for two weeks. 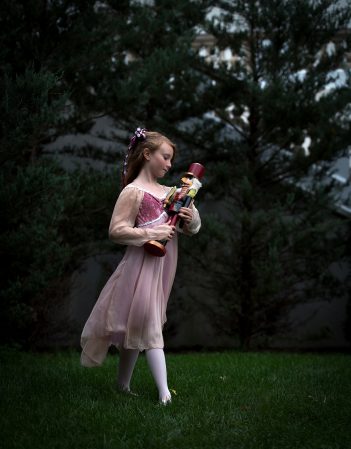 Carmel resident Anya Stephenson is cast as Clara in the Ballet Theatre of Carmel Academy’s Dec. 15 performance of “The Nutcracker.” (Submitted photo)

Stephenson, who turns 11 in January, said she is excited to play Clara because it will be her first solo.

“I’m excited to keep working on the party scene, but I’m still really nervous,” she said. “I didn’t think I would get (the Clara role), but I did want it.”

Stephenson, a West Clay Elementary fifth-grader, and her family moved to Carmel from Livermore, Calif., before the school year. She previously trained at the Livermore School of Dance for five years.

“I find that even non-dancing families are excited about putting the holiday ballet as part of their holiday rituals,” Hachiya-Weiner said. “We try to keep our ‘Nutcracker’ not deviating from the traditions. It just needs to be a heart-warming, full story and we delve too much into the innovative or creative but want to keep it as a warm, touching story for the American family.”

Weiner, Indianapolis, is playing the prince for the second time. He also played the role in productions in Lansing, Mich. and Lafayette.

“The more times you do it, the more you see how deep it is and different aspects of the role you need to work on,” he said. “It’s different every single time.”

Hendrickson is playing Sugar Plum for the second year in a row.

“Hopefully, this year it will be a lot more fluid,” she said. “It won’t be easier, but lots more to work on and make it smooth.”

Danek said she didn’t expect to be cast as Clara, but it’s her favorite role. Learning new steps is her biggest challenge, she said.

Tickets are $25 for adults and $18 for students and seniors. For more, visit ballettheatreofcarmel.org