You are at:Home»Current in Zionsville»Zionsville Community»Police pursuit ends in crash, arrest

Zionsville Police Dept. arrested 18-year-old Noah Potter, an Indianapolis resident, after he led officers on a vehicle pursuit. He crashed, fled on foot with a juvenile passenger and was found the following morning. 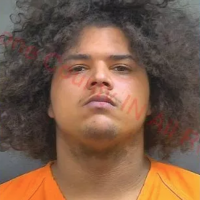 According to police reports, ZPD officer Josh Stutesman was parked in the exit of Interactive Academy late evening Nov. 30, facing U.S. 421 and using his brights to look for window tint violations. At about 11 p.m, Stutesman said he noticed Potter’s car, a gray Mitsubishi Galant, was in violation of legal window tint limit. He attempted to pull the car over.

The driver pulled over on U.S. 421 near CR 300 South, but as Stutesman approached the vehicle it allegedly pulled away at a high speed. Stutesman alerted Boone County Dispatch and began pursuit.

Potter lost control of the vehicle as it came to a stop in the front yard of a home on CR 950 East. According to police reports, he and the vehicle’s passenger, a juvenile, fled on foot. Stutesman attempted to track the subject with his K-9, Jelka.

ZPD and nearby police departments set up a perimeter and searched the area for both suspects using a drone and multiple K-9 units. Police were unable to locate the suspects at the time but searched the vehicle. They found a fully loaded .38 revolver, 435 grams of marijuana, THC vape cartridges, paraphernalia and more.

Police were dispatched to a home on Saddlebrook Court the following morning, where an individual reportedly knocked on the resident’s door claiming to have a broken-down vehicle. Law enforcement arrived and quickly identified the subject as Potter, who again fled. Potter was detained after a short on-foot pursuit and taken into custody.