You are at:Home»Current in Noblesville»Noblesville Community»Pete Schwartz seeks council seat as officials filing draws near

Two members of the Noblesville Common Council have already announced their intention to seek re-election in the May primary election, but the one individual is the first newcomer to announce his candidacy.

Pete Schwartz announced last week he will seek the District 2 seat, which is held now by Chris Jensen. Jensen is running for mayor of Noblesville in the primary against Mike Corbett and Julia Kozicki. 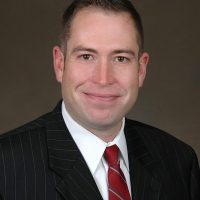 Councilor Wil Hampton announced his re-election bid in November. Darren Peterson, who in October was elected by a special caucus to replace the at-large seat formerly held by Mary Sue Rowland after she resigned in September, originally announced in September he would be running for one of three at-large seats.

Schwartz, son of longtime Hamilton County Councilor Steve Schwartz, is a realtor with Carpenter. Prior to working in realty, he was a sales manager for a large auto dealer and also worked in management for U-Haul. Schwartz said he got his start in business by working at his family’s store as a child, where he eventually became a manager.

In the community, Schwartz also has served as a reserve officer with the Noblesville Police Dept. and the Hamilton County Sheriff’s Office. He serves on the board of Keep Noblesville Beautiful and is a volunteer with White River Rescue and other local nonprofits.

“It’s important to me to preserve Noblesville’s history and traditions while simultaneously adapting to future generations,” Schwartz stated. “My priorities include keeping our city safe, our schools top-notch, and our roads and traffic flowing. Just as important, I want to ensure complete transparency with citizens on the community’s projects. I believe it’s vital to make myself available to any concerned citizen who wishes to have a conversation about our city.”

Schwartz said he looks forward to his own opportunity to shape Noblesville’s future.

“I share our community’s concerns about traffic as Noblesville continues to grow. It’s imperative to plan carefully so we stay ahead of potential traffic problems,” he stated.
“At the same time, I see the trail projects leading into downtown Noblesville as a great way for more of our citizens to have safe and easy access to the value and charm of our historic downtown square.”

Official candidate filing for the May 7 primary election begins Jan. 7 and ends at noon, Feb. 8.