You are at:Home»Current in Westfield»Westfield Community»16-year-old hopes to fund child’s wish with fundraiser

Kyler Koning, a 16-year-old Westfield High School student, had his wish granted by Indiana Children’s Wish Fund after he battled leukemia when he was 2. He and his family went to Disney World when he was 5 for his wish.

Now, Koning hopes to give another child a similar opportunity. 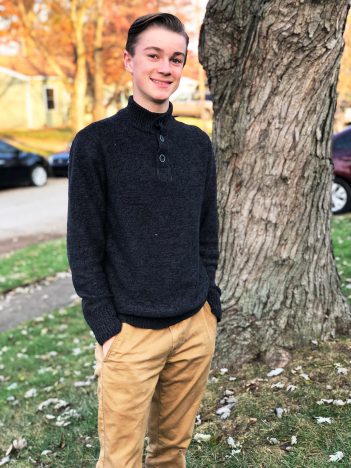 “Last year around my birthday, I realized since I’m getting older, there’s not much I want or need for my birthday,” he said. “So, I decided over the course of the year to look for a charity or fundraiser I could instead give back to. That ended up being Indiana Children’s Wish Fund.”

From 12:30 to 4 p.m. Dec. 9, Koning will host a fundraiser called Wish for a Wish at Grand Junction Brewing Co. Taproom, 1189 E. 181st St. The fundraiser with include an auction, trivia, performances by several musicians, cornhole, 50-50 raffle and more. Koning hopes to raise $6,000, which is the average cost of one child’s wish.

“I’m pretty proud of what this could turn out to be and what all this could affect,” he said. “I’m giving up my birthday wishes to instead grant another child their wish.”

Koning turned 16 on Dec. 4. For more or to donate, visit gofundme.com/indiana-childrens-wish-fund-bday.