You are at:Home»Current in Westfield»Westfield Cover Stories»Miles of the Monon: Mayor reflects on Monon Trail journey, considers advocating to extend trail in other communities

When Cook moved to Westfield in 2005, he joined a group called Friends of the Midland Trace, an advocacy group operated by Melody Jones, who then Washington Township parks director.

When Cook attended trail meetings, he learned INDOT had granted $1 million to the town to extend the Monon Trail from Carmel and build its first mile in Westfield. However, township and Westfield officials disagreed on constructing the trail, and the money sat untouched for several years. Westfield was a town at the time.

“We, as an independent group, began to push the town and said, ‘Hey, guys, you need to do this,’” Cook said.

Cook’s involvement with the trail group led him to join the town council in 2007. Jones was elected to Westfield’s first city council in 2008, and Cook asked her to be the city’s parks director.

“His motivation was we need to get the Monon built, and I was like, ‘Right on,’” she said. “It took me all of about 10 seconds to say yes.”

Construction for the first mile of the Monon began, and the trail opened from 146th Street to 156th Street in 2008. 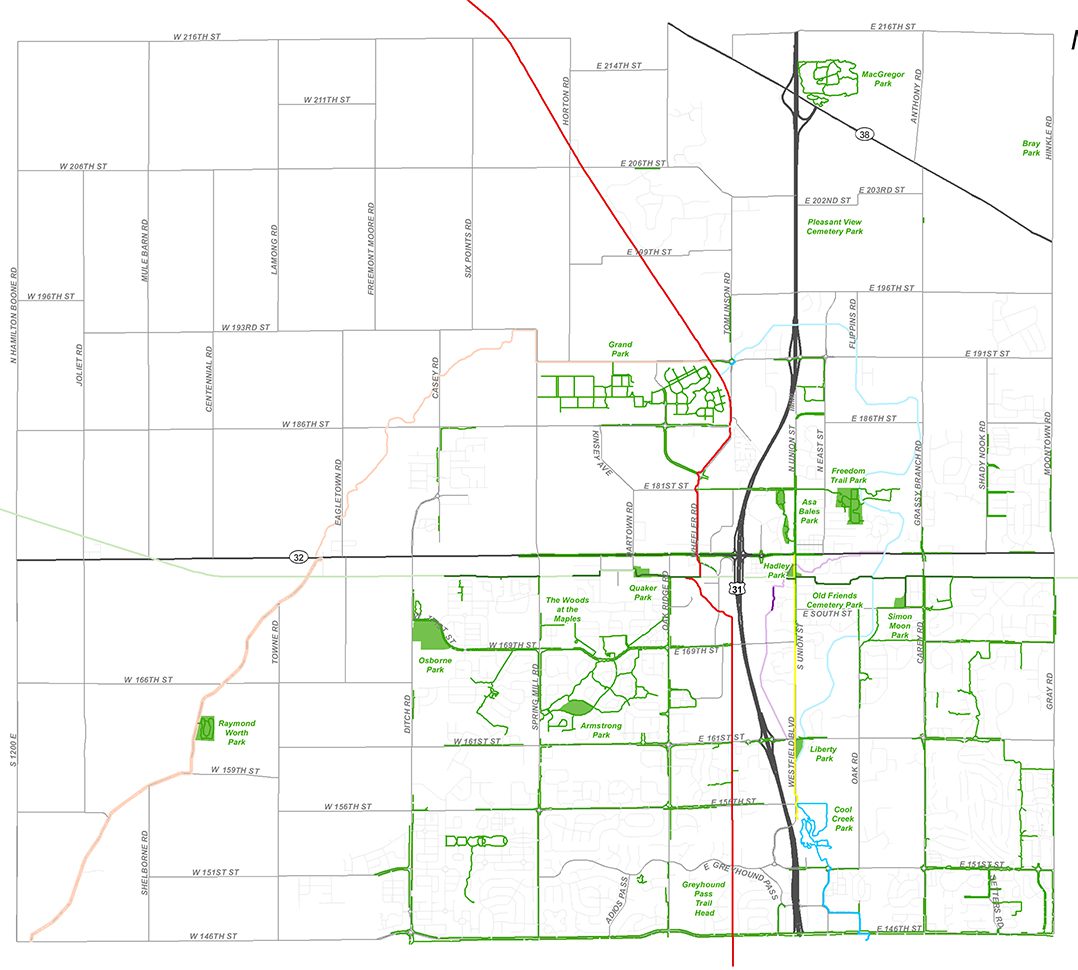 The Monon travels more than 24 miles from Indianapolis to Sheridan. (Submitted image)

OPPOSITION TO THE TRAIL

Prior to moving to Westfield, Cook lived in Carmel and remembered Mayor Jim Brainard receiving opposition for his plan to extend the Monon from Indianapolis through Carmel.

The Monon was still operating as a railroad in the 1980s, but it was abandoned in the 1990s. Cook said much of the controversy in Carmel stemmed from building the trail on privately owned the land where the railroad tracks were.

When railroads originally came to Indiana, it was for counties or towns to donate land as incentives for railways to be built. When railway companies eventually abandoned the railroads, the land was divided evenly among property owners on each side. However, the land often belonged to an estate, and many people debated about who actually owned the land.

Residents also thought a trail from Indianapolis to Carmel would bring crime into Hamilton County.

“There were great big sheets of plywood in people’s backyards that said, ‘Stop the Trail,’” Cook said.

Cook said Westfield also had protestors against the Monon Trail, but the remonstrance wasn’t as strong as it had previously been in Carmel. But he does recall residents in the Village Farms neighborhood arguing against placing a trailhead near the neighborhood on Greyhound Pass.

The City of Westfield recently completed the last leg of the Monon Trail, which stretches from 191st Street near Grand Park to 216th Street in Sheridan. However, the Monon isn’t complete in Westfield.

A $5.4 million pedestrian bridge broke ground Nov. 13 at the Ind. 32 Monon Trail crossing. The bridge will be similar to the Monon crossing at 146th Street, but it will be six times as long. Cook wants to enhance trailheads and advocate for other communities to extend the trail.

“I would like to see a hiking and biking campground near Grand Park for people to stop, maybe ride up out of Indianapolis for the day, camp and enjoy Westfield and Carmel and go back to Indy, or vice versa,” he said. “I’d love to see it go all the way to Lafayette for right now. I think that would be a great connection.” 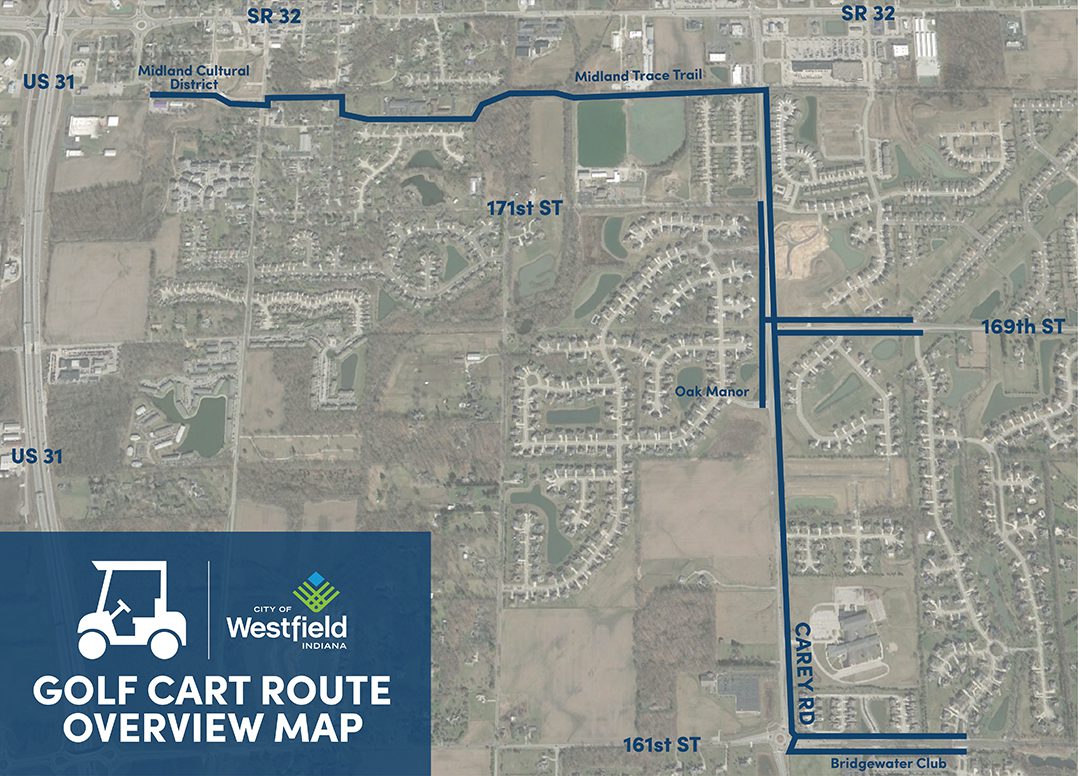 An ordinance allowing golf carts on trails was recently approved by the Westfield City Council. Golf carts can travel on the highlighted trails. (Submitted image)

Introducing golf carts to the trail

In addition to making the Monon Trail more pedestrian friendly by building a bridge across Ind. 32, an ordinance was recently approved by the Westfield City Council that permits golf carts on certain parts of the trail.

“We introduced an ordinance that would allow golf carts on some portions of our trails so that we can truly begin promoting more of a golf-cart community,” Westfield Mayor Andy Cook said.

The Mayor and the Monon

How many times a month does the mayor frequent the trail: Once