You are at:Home»Current in Zionsville»Zionsville Business Local»Clear Software hires CRO 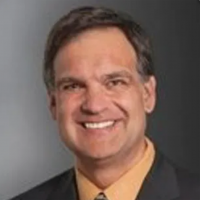 Gilman’s expertise is in software products and services, and he said he did not have the expertise to lead ClearSoftware’s sales and marketing departments.

“I had breakfast with one of our investors, Bob Boehnlein, and expressed this concern to him,” Gilman said. “He was ending his current gig and offered to come in and run these teams.”

According to Gilman, Boehnlein is a seasoned software executive who has been in the business for more than 30 years. He is best known as one of the senior leaders at Aprimo, helping guide its meteoric growth before its 2012 sale to Teradata for $525 million.

“In 2015, (Boehnlein) became an investor in Clear Software,” Gilman said. “He has personally been one of my most valued mentors in every aspect of our business, so to get him to come on board was huge. It’s like getting LeBron James on your basketball team.”