You are at:Home»Current in Carmel»Carmel Community»Carmel High School senior honored for work developing treatment for meningitis in newborns

Carmel High School senior Sepehr Asgari recently won first place in the Indiana Academy of Science Talent Search for research he completed with Dr. Clark Gedney at Purdue University’s labs. He will present his findings to the American Association for the Advancement of Science at its annual conference in February. 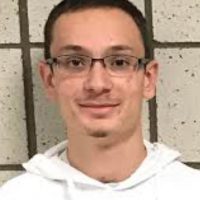 For his research, Asgari focused on the development of a fusion protein as a form of treatment for a type of meningitis found mostly in newborns. He utilized an enzyme derived from a virus to create the treatment, which proved to be effective.

“The meningitis is caused by E. coli K1. That bacteria has an outer capsule, and that capsule allows it to invade the meninges, which causes meningitis,” Asgari said. “My treatment selectively degrades the outer capsule of the bacteria, which allows your own immune system to take care of this bacteria instead of having to blow it up, which is what antibiotics generally do, and at the same time (the fusion protein) reduces inflammation, and it’s the inflammation that causes brain damage.”

The research project was not Asgari’s first. He also has completed another project in which he developed an acne treatment that is similarly antibacterial and anti-inflammatory. His career goal is to become a neurosurgeon.

Through his research, he has learned how to persevere through difficult situations, such as when data does not support the research topic.

“I like discovering things. I think it’s pretty cool that no one else knows this and I created it,” Asgari said. “It’s not something you can find in a textbook, so that motivates me to try to find new things that other people don’t know and just contribute to society.”