Given the title, “In-Laws, Outlaws and other People (That Should Be Shot),” it would seem easy to dismiss the theatrical production as a Christmas comedy.

But it is indeed a comedy, albeit not in the tradition of “It’s a Wonderful Life,” “A Miracle on 34th Street” or other familiar holiday stories dripping with chestnuts roasting on an open fire, but let’s all think back to our real-life episodes of family gatherings during the holiday season. 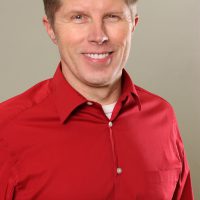 We all had an Uncle Leo or an Aunt Rose at the dinner table or on the packed sofas. You can dial them up in your mind, replete with ugly sweaters, boring stories and painful dialogue.

And because of those memories, the Mud Creek Players just may have opened a new package under the entertainment tree this year with this two-hour performance.

“It hits all the marks,” said director Kelly Keller, a veteran actor of numerous Mud Creek plays. “It is not heavy, and it is not preachy. It is family friendly. It is sweet. It is G rated. We want families to come.”

“It’s not a farce, it’s not a melodrama,” Keller said. “It displays humans in real-life situations. Most people can relate to having an Uncle Leo (portrayed by Robert Boston Jr.) and an Aunt Rose (Kerry Mitchell).”

The play is centered on the American experience of enjoying a family dinner at the Douglas household, but shortly before the dinner bell sounds at 6 p.m., the father of the family learns his wife will be late and that he must scurry to prepare the fixings. Playing the father is Mud Creek veteran Ronan Marra, who does his best “Father Knows Best” betrayal.

Although the play is divided into two acts and different scenes, the story unfolds on one large set and takes place in one night. A total of 15 cast members will fill the stage as the plot thickens just before the intermission. Playwright Steve Franco adds a pinch of spice to the night by introducing two armed (one with a water gun) robbers who enter the house to hide from the police.

Tony (Brock Francis) and Vince (Conner Phelan) have some of the same attributes as Joe Pesci and Daniel Stern did in “Home Alone,” hurdling the dinner into an East Coast snowbank.

“They are not mean or career criminals,” said Keller, who is assisted by Susan Hill. “They are not skilled. They are fish out of water.”