You are at:Home»Current in Noblesville»Noblesville Cover Stories»State of the City: Ditslear delivers his second-to-last annual address, highlighting 2018 and future projects

On Halloween, hundreds gathered into a banquet hall at Embassy Suites and Conference Center in southeast Noblesville to hear an update from Mayor John Ditslear.

His annual State of the City address is hosted each fall by the Noblesville Chamber of Commerce, but this year the event saw a change, as it’s usually held in the opposite corner of the city at Harbour Trees Golf Club off Carrigan Road.

Two years prior, Deputy Mayor Steve Cooke was touting the Embassy Suites project at the State of the City address when he filled in for Ditslear. At that time, the city had just broken ground on the project that now houses more than 25,000 square feet of meeting space.

The annual address covers the city’s accomplishments of the past year while also highlighting upcoming projects.

Ditslear began the event by talking about a change to the Noblesville Common Council, where Darren Peterson was elected by a special caucus to replace Mary Sue Rowland, who resigned in September. But downtown projects and road enhancements were the theme throughout.

The Levinson was introduced to the Noblesville Common Council earlier this year and is the city’s solution to adding more housing and more parking in the heart of downtown.

Although some residents worry its scale and design is not consistent with the downtown landscape, the council approved the project.

“The Levinson will attract and retain millennials, empty nesters, high-earning and workforce professionals to downtown,” Ditslear said. “It will serve as an economic driver and help bring urban density to our square to support our local businesses, restaurants and shops. Because these are the first apartments being constructed in downtown in more than a century, we must get it correct. Rebar (Development) has been meeting with stakeholders to create a design that best fits the location and our history. Our

downtown is applauded for being historic as well as authentic. I know The Levinson will add to that.”

A rendering of the Logan Street Pedestrian Bridge shows the completed project looking north up the White River, just west of the Riverwalk and Hamilton County Government and Judicial Center.

A joint project between the City of Noblesville and Hamilton County, the bridge’s aesthetic will match the Riverwalk’s.

The city is planning to widen Olio Road from 141st Street to just north of 146th Street to four lanes. Other improvements along the stretch include a new roundabout and sewer and drainage enhancements.

City officials said adding sewer service in the area will open up approximately 125 acres for development. 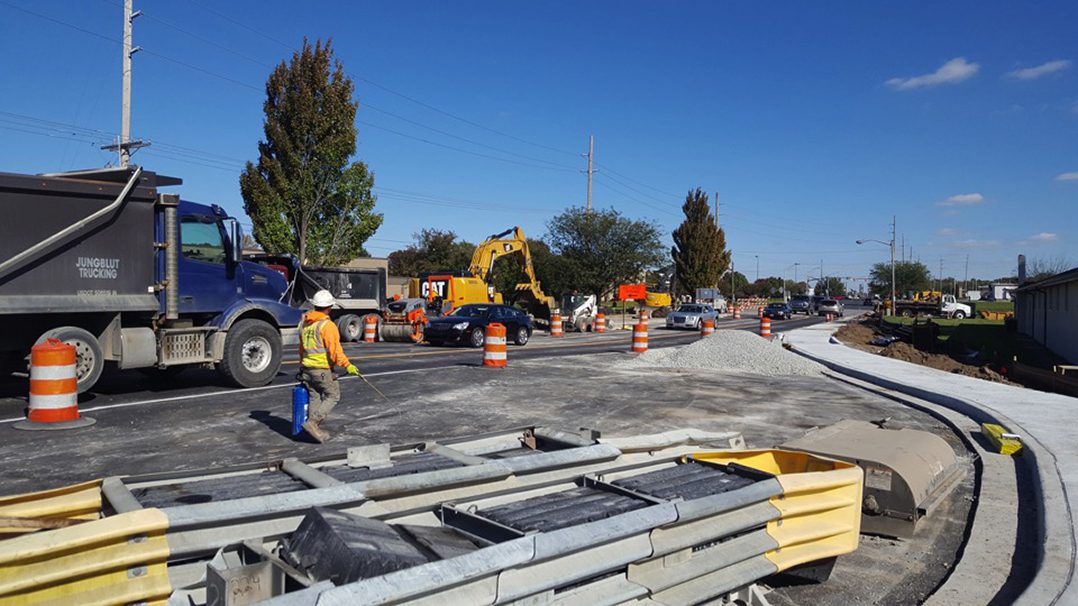 Construction on the roundabout at 19th and Pleasant streets by the Post Office and fairgrounds was completed last week. Ditslear said the project will greatly increase safety at the intersection and general traffic flow.

The change at the intersection is one step toward the city’s plan to extend and widen Pleasant Street and change its intersections to roundabouts. The city has not set a timeline or identified funding for the project.

Looking ahead, Ditslear said work will move to the intersection of 16th and Pleasant Streets but construction won’t begin until 2020.

During the summer of 2019, the city will build a roundabout at Field Drive and Cumberland Road near Noblesville High School with money from a federal grant.

Because of construction in the area, the city’s Fourth of July celebration, which is normally at the NHS campus, will be moved to Forest Park.

“Those that grew up in Noblesville, or have been here long enough like myself, remember watching the fireworks off the viewing hill at Forest Park,” Ditslear said. “For those of you who have never had that experience, you can in 2019.” 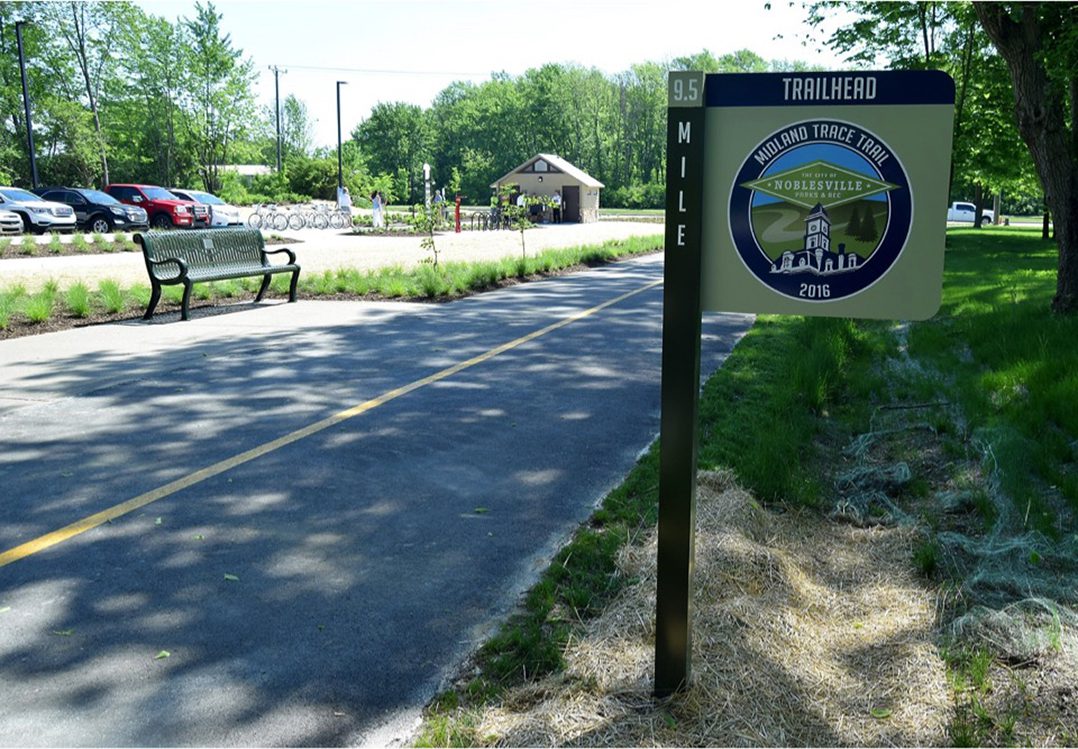 This year, the city completed extension of the Midland Trace Trail to Willowview Road, and a trailhead was built and opened at Hazel Dell Road.

So far this year, the city has invested approximately $250,000 for improvements in its parks.

“A majority of the changes have occurred at Forest Park, including a much-, much-needed remodel of the restroom building, resurfaced recreation courts and repainting of the carousel pieces,” Ditslear said. “A lightning detection system was installed this year to best alert our guests if severe weather approaches and provides them ample time to react and safely evacuate if needed. In its first year, Noblesville opened four Zagster bike-sharing locations and in six months, the city has almost 500 active members using 20 bikes. More art also has been incorporated into the park through two crosswalks and a mural on the back of the north restroom building.”

Ditslear said Noblesville was awarded $3.5 million this year for two trail projects, including the Little Chicago Road Pedestrian Bridge over Morse Reservoir and Stony Creek Multi-Use Path under Ind. 37. Both projects, which are federally funded, will go to bid in 2022 or 2023, Ditslear said

“We had a very serious incident at Noblesville West Middle School on May 25,” Ditslear said. “When the call came, our first responders deployed their training and performed at the highest level. I could not be more proud.”

“Six percent of Indiana law enforcement agencies are accredited,” Ditslear said. “Noblesville is only one of nine that have both national and state accreditation.”

Ditslear said crime also is down in the city.

“I’ve previously discussed the police department’s new units designed to be proactive rather than just respond to incidents,” he said. “The shift in enforcement has the POP and Intelligence Units specifically targeting criminals and criminal activities. This is working. Crime is going down in Noblesville. Through August, the city has had less than half the total crime reported last year.”