You are at:Home»Current in Carmel»Carmel Community»Christkindlmarkt employee launches own booth as festival enters second year

Marlene Albershardt found out about the inaugural Carmel Christkindlmarkt at the last minute.

She figured she was a perfect for the German-themed Christmas market, which debuted in 2017 in Carmel. 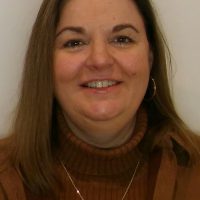 Last year, she got an hourly job working for the City of Carmel at a booth at the market.

“I had so much fun and the booth I was working at sold really well,” said Albershardt, a Geist resident.

Brian and Maria Murphy, who help direct the market for the nonprofit, persuaded her to launch her own booth this year. The business will be called Marlene’s German Collectibles.

“I buy all the merchandise and I pay them a percentage,” Albershardt said. “I never owned a business before. I bought all the merchandise. I’m really looking forward to this year’s Christkindlmarkt. It’s going to be so much bigger and better.”

The Christkindlmarkt will run from Nov. 17 to Dec. 23 at the Center Green between the Palladium and The Tarkington.

Albershardt purchased incense smokers and nutcrackers from KWO, a German manufacturer, and ornaments from a California company, which imports German ornaments. She also is selling chocolate that resembles Swiss army knives.

Albershardt’s father, Eberhard Tack, is from Germany. She has dual citizenship in the U.S. and Germany.

“Every couple of years, we would spend three months every summer (in Germany) and I would stay with relatives, aunts and uncles and grandparents,” she said. “When I was 21, I went on an exchange program, the same one Maria went on 10 or 11 years ago. I came back to the state of Washington for a couple of years and then went back to Germany for three years. Germany is a huge part of my life.”

Albershardt worked in retail and then in the travel industry in the U.S. and Germany. After working for Embassy Suites, she stayed home with her children for approximately 10 years before working at the Christmas booth.

“In January, I hope to go to Germany to buy directly from manufacturers and maybe even open up a second booth,” she said.