Westfield Middle School seventh-grader Keegan Connor will represent Indiana in the National All-American Miss pageant in Los Angeles. The competition was set to begin Nov. 18 and concludes Nov. 24. Connor took first place in the Indiana Pre-Teen state competition in Talent, singing “Moonlight” by Grace Vanderwaal, and earned first place in the Spokesperson category with her speech, “Friendship is like an Avocado!” She placed second runner-up in Acting in a commercial. 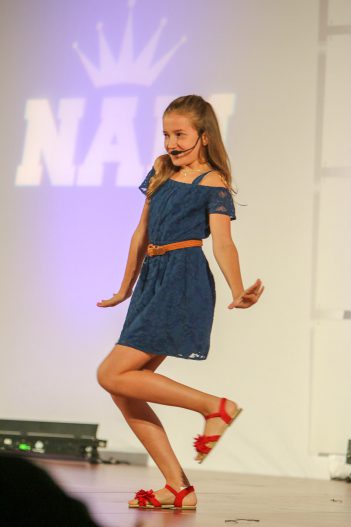 She represents Indiana in those categories as well as ‘Music Artist of the Year,’ auditioning to the song “Titanium.”

The winner of the Talent and Spokesperson competitions each receive an $800 cash scholarship, crown/banner and trophy. The winner of the Acting category wins a Passport to Discovery Caribbean cruise for two valued at $6,295. The Music Artist of the Year package includes airfare for two to Los Angeles, hotel, dinner in Hollywood and a one-day recording session at a premier Hollywood recording studio.