Now, the 2013 Carmel High School graduate and Noblesville resident is excited to make her Beef & Boards debut in “Elf The Musical,” which runs from Nov. 23 to Dec. 31 at the north Indianapolis theater. 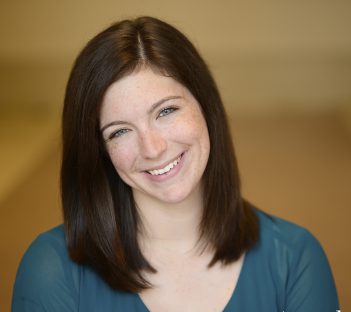 Boldt has performed throughout central Indiana with Booth Tarkington Civic, Nettle Creek Players, Bobdirex, The Cabaret and, most recently, with Indy Bardfest in “Merchant of Venice.”

“My favorite roles have been Grace in ‘Annie’ (Civic) and Cinderella in ‘Into the Woods’ (Nettle Creek),” Boldt said.

“Elf The Musical” is based on the 2003 movie. It follows the journey of Buddy, an orphan who lands in a toy bag and ends up being raised as one of Santa’s elves.

This is Boldt’s first time appearing in “Elf.”

“This is my first time spreading Christmas cheer by singing loud for all to hear,” Boldt said. “I’ll be honest, we’re more of a ‘It’s a Wonderful Life’ Christmas movie tradition kind of family, but I’ve always enjoyed ‘Elf,’ the movie. (I) saw the musical for the first time last year and thought it was just so full of fun and joy.”

Boldt will be able to show her versatility in the role.

“Ensembles are honestly sometimes the most fun in a show,” Boldt said. “Especially something like ‘Elf,’ where I’m literally getting to play a Christmas elf, an office worker, a Macy’s employee and a TV reporter all in one show. It’s challenging having to develop dynamic and interesting choices for each character, but that’s what makes it so fun, unique and exciting.”

The 2017 Ball State graduate is a patron services representative for the Center for the Performing Arts and is a co-director of education with Actors Theatre of Indiana.

“We have had an amazing early interest in this show,” said Stark, a Zionsville resident. “In hindsight, I should have opened it earlier. I’ve been choosing shows for the ‘Beef’ since 1980 — I’m still learning. The theater gods have been very good to us in 2018, and we are very fortunate that we have had two attention-getting shows this season. The first was ‘Mamma Mia.’ Here’s hoping that ‘Grease’ and ‘A Christmas Story’ in 2019 generate the same enthusiasm.” 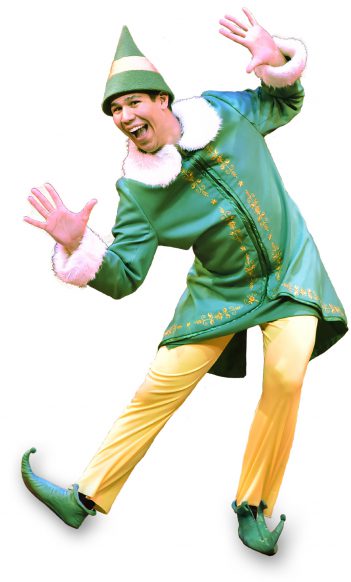 “There are so many talented people in this show, I couldn’t be happier,” Stark said.

Ron Morgan, a Carmel resident, is choreographing the show.

“‘A Beef & Boards Christmas’ revue is one of my favorite productions to stage, but I’m so excited that we are doing a book show this year,” Morgan said. “My favorite part about staging a play is ‘telling the story,’ and ‘Elf’ is the perfect musical to celebrate the holidays. I know our audiences will enjoy the change. The story of ‘Elf’ follows the plot of the movie, but the music makes the musical even more special. I’m having a great time choreographing such a fun production.”

The biggest challenge, Stark said, is “creating a North Pole with elves requires actors dancing on their knees and flying Santa to the North Pole..”