At first, Robert Clifford started checking off months on his helmet cover when he arrived in Vietnam in 1967 with the U.S. Army.

“Like everybody else, I knew I was going to be there a year,” said Clifford, a Carmel resident. “I started to mark off the months as they went by. I stopped marking them off because on the 16th of May I should have been killed without question many, many times. I had bullet holes through my uniform, through my equipment. I spent the afternoon directing about 85 men in a fight against much larger forces, Viet Cong and mostly NVA (North Vietnamese Army).” 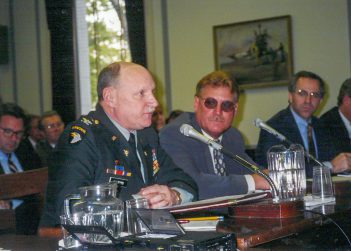 Robert Clifford, left, testifies in the ‘90s about funding for a new armory in Marion. (Submitted photo)

Clifford, then a lieutenant in the Army, was awarded the Silver Star for gallantry in action in Duc Pho during his mission of giving assistance to a beleaguered patrol by extracting their casualties and maintaining contact with the enemy until reinforcements arrived. Part of that gallantry involved rescuing a wounded solider.

“They (enemy) were using him. They showed him the first time and he was out in the open,” Clifford said. “To try to draw everybody in to go get him, they would shoot at him. Our guys would keep running out there and get shot. I finally called for open fire for cover and I ran out there and hit him with morphine and dragged him out of there. I had enough cover that I made it, so I stopped scratching off months because this was not in my hands.”

Clifford, who concluded his military career as a colonel, was inducted into the Indiana Military Veterans Hall of Fame Nov. 9, held in conjunction with Veterans Day, at the National Guard Armory in Lawrence. A 21-member class was chosen from 55 nominations for the IMVHOF, which was founded in 2013.

Clifford served just under a year in Vietnam. He was sent home two weeks early so he could be home for Christmas in 1967.

“The people most killed in Vietnam were the lieutenants, because we were the fifth man in line,” Clifford said. “The bad guys, when they were looking at us, picked the fifth man.”

Clifford said there were many atrocities committed by the Viet Cong and NVA. 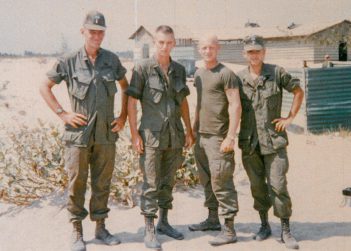 “If anyone did anything wrong in the village they could lose their kid or their head,” he said. “We were careful not to work closely with the (South Vietnamese) villagers or show support. There was no real contact back and forth. We didn’t want them to die.”

He was eventually assigned to the 2nd Battalion of the 502nd Airborne Infantry. Clifford said since it was guerrilla war, it didn’t make sense to become an Army Ranger like many of his peers and train for by-the-book warfare, so he opted for the Army Special Forces, known as Green Berets. That training served him well, he said.

“When the Soviet Union collapsed, the countries who had been in the Warsaw Pact wanted protection from Russia,” Clifford said.

Clifford’s service ended in January 2000. He served more than 33 years.

Clifford, who also earned a Bronze Star for valor during his service, was nominated for the Hall of Fame by Rock Effron, a Carmel resident and past commander of the Carmel American Legion Post 155.

“He had not only a distinguished military career, but so much more,” Effron said. “He does so much for the veterans. He does speaking engagements for Vietnam veterans wherever he can. He teaches people what life really is. His compassion for the veterans and what they do is phenomenal. I did it because he goes above and beyond for anybody you can imagine. He’s an amazing man.”

Clifford and his wife, Karen, have two sons, Rob and Scott, both Carmel High School graduates. Rob was on Carmel’s first two boys swimming state championship teams in 1990 and ’91.

“When I knew I had been assigned to Indianapolis, Carmel is the place I wanted to come,” said Clifford, who was a coach for Carmel Swim Club when his sons were growing up. 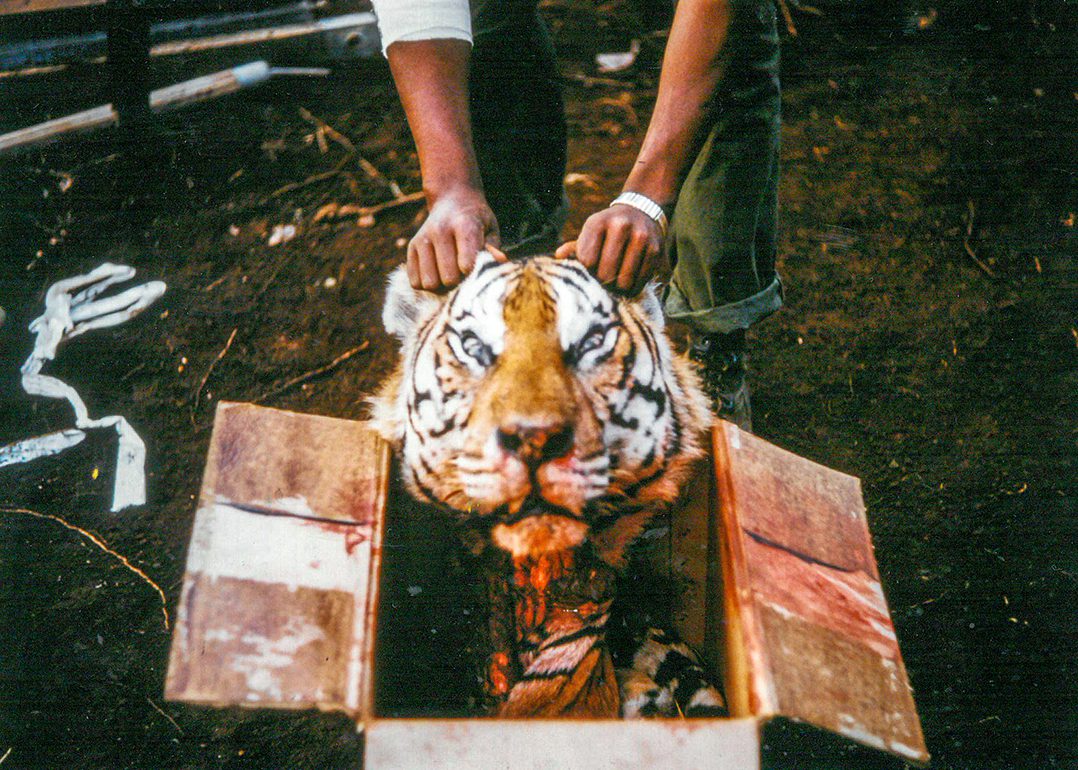 During his service in Vietnam, Robert Clifford saved his unit’s point man by shooting a tiger before the animal attacked. Clifford wanted to keep the tiger skin as a souvenir.

“There was a place where they would take the tiger and turn it into a beautiful skin, and they’d do the same thing with the head,” Clifford said.

Before he could retrieve it, Clifford learned Gen. William Westmoreland, commander of U.S. forces at the time, presented the tiger skin to a high-ranking South Vietnamese general.

“Westmoreland’s comment was, ‘I appreciate the lieutenant shot the tiger, but he was on government payroll at the time, which means we own the tiger,’” said Clifford, who did get his $200 refunded.

Clifford is hoping more people will want to hear about Vietnam War experiences because for so long he didn’t talk about it.

“Think about the time when the country turned against the war and guys were getting spat on when they got home,” Clifford said. “When I was going over to Vietnam (in 1967), everyone in the airport wanted to buy me a drink. When I came home I snuck back in. They told me if anyone asked about having a tan, I should say I went to Florida. But it was worse for guys coming back after me. We went in hiding for 40 years. I got a lot of this built up inside.”