You are at:Home»Current in Noblesville»Noblesville Cover Stories»Building a budget: Financial Controller Jeff Spalding talks on theme, restructuring of city budget

At its Oct. 23 meeting, the Noblesville Common Council approved the city’s 2019 salaries and operating budget.

The general fund budget is $43,193,151 and funds raises for city employees and elected officials. It also funds 17 new, full-time jobs and, among other items, increases building reserves by approximately $4 million.

The 2019 budget, according to the city’s financial controller, Jeff Spalding, is another step in reorganizing city finances and changing the way budgeting has operated in the past, adopting a theme of “right size and realign.”

“Sometimes in organizations, you get a situation where the budget process gets a little bit detached from the reality of operations,” Spalding said. “In most large businesses, they’re doing a budget because it’s a good practice, but in government, it’s a requirement. It’s a state law, but that doesn’t necessarily mean it’s done well or right. Over the years, it has gone along by saying, ‘OK, here’s what we’ve done before. Let’s make some kind of adjustments to it and move on.’”

Much of that mindset changed two years ago.

“When we look at the budget, we really talk about it in terms of pre-2016 and after 2016,” Spalding said. “The big change that happened was the city changed its government structure. It went from Class 3 City to a Class 2 City. There was no longer a clerk-treasurer position. It became a controller position (and a clerk position). We’re still in the throws of that transition.”

“And that’s where you get to a point where the budget’s not really reflective of what’s going on operationally,” Spalding said. “What was happening before was the budget was kind of developing a life of its own, so that’s where the theme of ‘right size and realign’ comes from.”

With the adoption of the 2019 budget, the Noblesville Common Council also approved two salary ordinances – one for elected officials and one for city staff and appointed officials, all of whom will receive raises in 2019.

“Usually, the city thinks about a general, across-the-board pay adjustment when looking at salaries during budget discussions,” Spalding said. “It’s not called a cost-of-living adjustment here, but that’s what it is.”

Spalding said in addition to thinking about how salary increases compare to the city’s overall growth of revenue, the other piece of salary discussion is more job-specific, taking into consideration how job duties have changed. That piece, Spalding said, is not based on an individual’s job performance, but rather how a job title has changed.

The 2019 budget also funds the hiring of 17 new, full-time employees.

“We have a growing community here, so there are obviously increased demands on all the city departments,” Spalding said. “A good example is the fire department. As the community grows, they have to have certain types of resources available to respond to an emergency. If you have a piece of equipment, you have to have people available (at all times) to operate it. You can’t just say, ‘Well, now we have two ambulances to keep up with our needs, but we’re only going to have one crew.’ Most of our changes are a direct reaction to growth.” 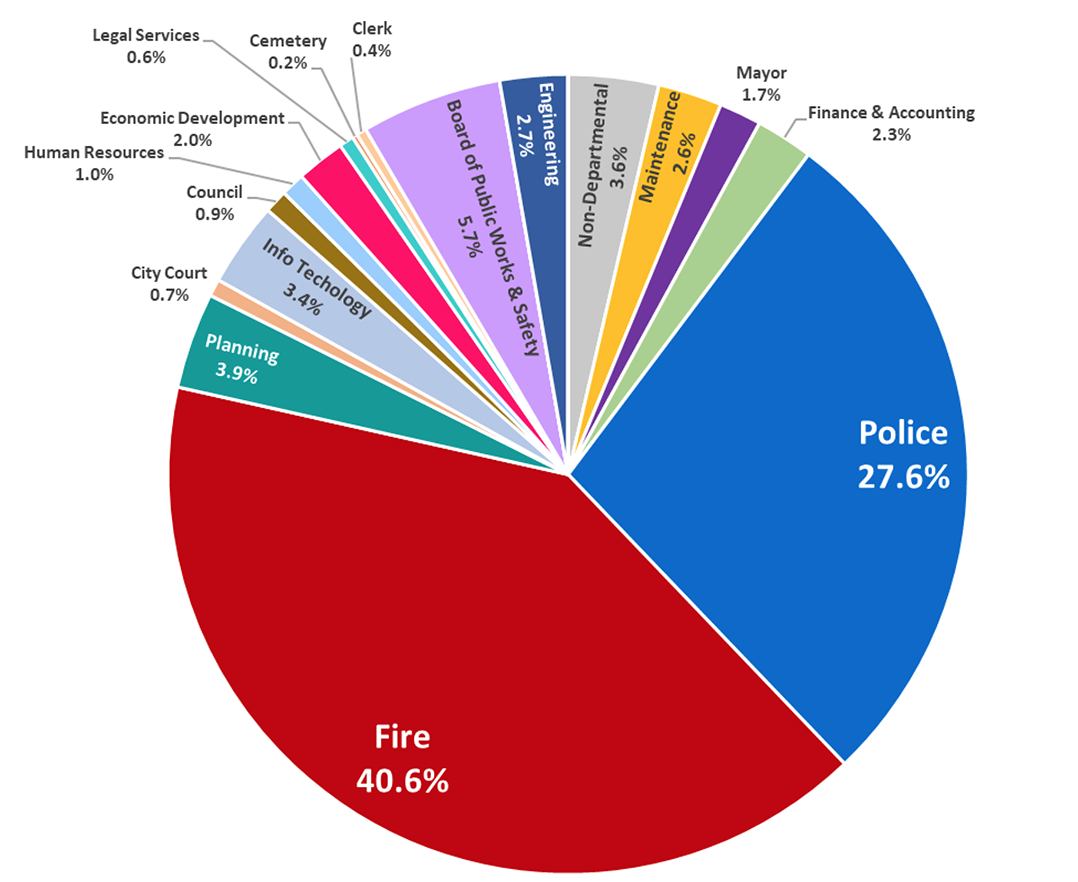 Another important point of next year’s budget is expanding reserves.

“With this budget, we’re increasing our reserves by $4 million, from $11 million to $15 million. That’s the rainy day fund,” Spalding said. “With the (2019) budget, if everyone spent every dollar that was in it, our rainy day fund will still get that $4 million. The primary purpose for the rainy day fund reserve is really to continue to operate the city government at a reasonable level if you face a severe economic downturn that cuts into your revenue.

“I don’t know that we’ve quantified it in terms of a number, but basically we want to have reserves that represent 10 to 15 percent of our annual operating budget. We’re above that now, and when you’re above it, that just means you have extra protection.”

HOW MUCH DO YOUR CITY OFFICIALS EARN?

*The president of the Noblesville Common Council makes 15 percent more. The 2019 president has not yet been determined.