Last month, the Richard G. Lugar Excellence in Public Service Series announced its 29th class of Republican women for leadership training in government and politics. Fishers resident Angela Morris is among the group of 20 leaders.

Morris said she applied because she wanted to learn more about the process of getting involved and how she can serve. 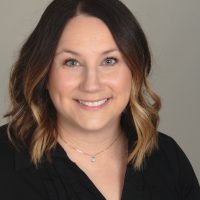 “Basically, why I decided to apply is just that there’s so much going on in the political arena right now, and it’s not great and we all know that, so I thought this would be a good opportunity to join a supportive network of female leaders,” Morris said.

Morris is as an emergency room nurse at St. Vincent and IU Health. She said she hopes to build her sphere of influence and use her expertise in the health care industry throughout the series.

“I’m just really excited about the whole process,” she said. “There’s not an issue the political world doesn’t touch – health care, education, the business environment, taxes, how we spend our time at war and at peace. Just learning more about what those processes look like and just hearing more from those people who have actually served in this capacity and the challenges they face after completing this program may be being a good resource when it comes to making decisions, especially at the state and local level on issues related to health care, emergency services, child protective services, those kinds of things.”

The Lugar Series meets once each month from October through May. Participants receive training on public service, running a campaign, networking with state and local leaders and listening to business professionals on societal issues.