You are at:Home»Current in Carmel»Carmel Community»Trails create ‘waterfront’ property in Carmel

The dots are finally starting to connect, and they’re creating a beautiful picture for Carmel residents.

At least, that’s how those working to build Carmel’s biking infrastructure see it.

The city has completed more than 200 miles of bike trails and lanes, installing approximately 30 miles within the last two years.

“For a long time, we had disconnected infrastructure, but over the last two years everything’s started to connect, which made it more viable for people to be able to get to where they want to go safely,” said David Littlejohn, the city’s alternative transportation coordinator.

Littlejohn, who has been in his role since 2007, said he constantly talks to people who moved to Carmel or decided to stay in the city because of its expanding trail network. And he believes the best is yet to come.

The city is in the process of expanding the Monon Trail between City Center Drive and Main Street, a $23 million project that includes new dedicated lanes for cycling, sidewalks, two-way streets and green spaces. Littlejohn said he’s not aware of any other communities using a bike trail as the center of a placemaking project to lure new businesses and residents to the city.

“A lot of economic development goes around highway infrastructure, trains or water, and this is totally focused on a bike path,” Littlejohn said. “The Monon Trail at one point was just a 12-foot strip of asphalt. Now, it’s creating this cool district.” 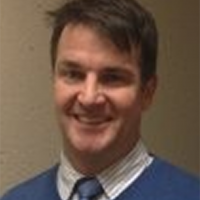 Kevin Whited, Carmel’s transportation development coordinator, said studies have shown that property values rise within a half mile of an urban trail. In Carmel, a city without mountains or beaches, it’s a huge draw for people coming to the area.

In addition to laying new trails, the city is working to encourage people to use them.

Last year, it launched Bike Carmel events to introduce riders to routes between 10 and 25 miles along trails and urban corridors. City of Carmel Community Relations Specialist Kayla Arnold said some people were intimidated by the 10-mile minimum in the inaugural year, but with a new marketing strategy, attendance increased in 2018.

“We changed it to an hour social ride,” she said. “It was still 10 miles, but people didn’t realize that.”

This year, the city introduced a bicycling mascot, Spokes. The friendly dog promotes bicycling at Bike Carmel rides, Carmel Clay Schools, CarmelFest and many other events. Arnold said the city is trying to teach young riders the value of bicycling in hopes that it will create healthy lifelong habits.

“Sometimes when adults are talking at kids they don’t necessarily absorb it, so we’re trying to add a new element to make it a little more interactive and fun for the kids,” Arnold said.

Kevin Whited joined the City of Carmel in August as its first transportation development coordinator.

The Carmel City Council approved the new position – originally proposed as a bicycle administrator – in February after much debate about the scope of the job.

Whited, an Indianapolis resident, previously worked for a railway and as a transportation planner. He was the transportation demand management coordinator and bicycle manager at Indiana University when the City of Carmel contacted him about the job. He said he loved working in Bloomington but was ready to end the lengthy commute.

Now, he’s one of a growing number of people using the trails to bike to work in Carmel. He believes that those numbers will continue growing as people see the benefits of leaving the car at home.

“A lot of it is a culture shift. You can get the infrastructure down, and that will get a certain amount of people to ride,” he said. “Then, members of the community start using this infrastructure and it has this trickle-down effect.”

Among Whited’s responsibilities are working to improve Carmel’s ranking as a bicycle-friendly city, promote the city in national publications and increase the number of electric car charging stations.