Anush Motaganahalli took his dedication to heart health to a new level this summer. He visited four schools in his family’s home nation of India to teach Hands-Only CPR to more than 300 eighth- and ninth-grade students.

In recognition of his efforts, the American Heart Association presented Motaganahalli with the Heartsaver Hero Award during the Oct. 22 Carmel Clay Schools board of trustees meeting. The award recognizes bystanders who have stepped in to save a life by performing CPR. 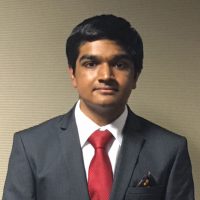 “This actually goes back to something that is more personal and (related) to my family as a whole,” the Carmel High School junior said. “Essentially, Indians see a lot more heart problems in our (ethnicity), especially in my own family.”

Motaganahalli said not many people in India receive detailed CPR education, so he partnered with the AHA to provide training at Alpine Public School, Adithi Public School, Jain School and SS Ravishankar School in Bangalore, India, between June 18 and June 24.

“Teaching (students) how to learn a skill that I find very helpful in life was wholesome for me, and it taught me that while I may know something, there are many other people out there that don’t know it,” he said. “In a sense, I was able to empower them to help.”

Prior to the trip, Motaganahalli obtained CPR certification and contacted teachers in India, some of whom were family, who could help organize the visits. The AHA provided 40 Hands-Only CPR kits, including a mannequin, sanitary wipes and a visual aid.

Hands-Only CPR eliminates mouth-to-mouth breaths. According to the AHA, Hands-Only CPR is a vital way to spread oxygen throughout the body to keep organs alive until help arrives.

“If you’re able to provide really good compressions, your chances of helping the person live are a lot more elevated and increased,” Motaganahalli said. “The lesson I tried to teach the kids was it’s important to do something that helps rather than just doing nothing.”

Motaganahalli is already planning for another trip next summer, and he hopes to expand his reach to significantly more students.