You are at:Home»Current in Fishers»Fishers Community»Woodruff gives Ind. 37 update to neighbors, business owners

Troy Woodruff, co-CEO of engineering and architecture firm RQAW, provided an update on the Ind. 37 project to neighbors and business owners Oct. 23.

The $124 million project will create roundabout bridges along Ind. 37 at 126th Street, 131st Street and 141st Street. 146th Street will be a single-point, at-grade interchange. 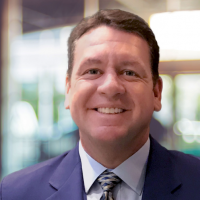 “It will have the look and feel of what they did on Keystone (Avenue),” Woodruff said. “They will depress State Road 37, dig it up and take it below grade for the project.”

“The pinch point will be east and west traffic. To build a bridge, we will have to shut off that cross traffic at some time,” he said. “There’s going to be a period of time it will be closed, and we are going to try to make it as quick as possible, but it’s going to happen. It’s important to remember there are going to be inconveniences. It is a massive project.”

Woodruff compared the project to being only one step lower than building an entire interstate.

“This is big,” he said. “It’s going to be a great project when it’s done, but it’s also going to come with a little bit of pain.”

Currently, drainage lines are being placed along the highway. Major construction will begin in February, with construction occurring at the 126th Street intersection first.

The remaining intersections will be let later next year.

Woodruff assured neighbors and business owners that construction wouldn’t occur on more than two intersections at one time.

“We may not feel it directly as commuters (on Ind. 37), but there will be some increased traffic on our normal routes like Cumberland Road and 126th Street,” Moeller said.

The Indiana Dept. of Transportation contributed $100 million to the project with the City of Fishers and Hamilton County each contributing $12 million. Once construction is finished, INDOT will resume maintenance responsibilities for the highway.

Woodruff said the city and county learned from mistakes made while Keystone Avenue and U.S. 31 were under construction, and each entity contributed $250,000 for a marketing plan to help keep businesses open and operating strongly during construction. Imavex was awarded the marketing contract.

“Their job is to make sure we are effectively communicating and working with everybody we can and those businesses specifically to make sure we help maintain as healthy of a business environment as we can down there,” Woodruff said.

For more on the project, visit drivesr37.com.