You are at:Home»Current in Zionsville»Zionsville Community»Whitestown man arrested for spanking

A Whitestown man, 44-year-old David Blackburn, has been charged with battery for allegedly leaving marks on his 6-year-old daughter after spanking her between 50 and 100 times.

According to court documents, the girl’s mother, Stephanie Grow, said she was attempting to give the child her medicine Oct. 9 but the child would not listen to commands. Grow woke up her husband, Blackburn, to get their daughter to take the medication. Grow said the couple had discussed discipline the night before. 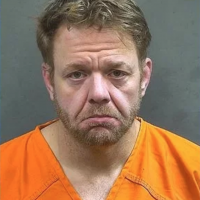 Grow said Blackburn then attempted to get the girl to take her medication. When she would not listen, Blackburn spanked his daughter approximately 50 to 100 times. Grow stated she was making breakfast while David was handling the punishments.

Grow allegedly asked her husband three times to stop spanking the girl, but he said, “No, we have to get a hold on her,” according to the documents.

After finally getting Blackburn to stop the spanking, Grow noticed that her daughter’s pull-up was askew. When she looked closer she saw bruising and red marks on the girl. Blackburn and Grow allegedly argued about the discipline and she splashed a cup of water into his face before packing her belongings and leaving the house with her daughter.

She then took the girl to the hospital due to the extent of the injuries. Hospital staff informed police and the Dept. of Child Services.

Blackburn was taken into custody at his home and police say he admitted to spanking the girl up to 25 times, at times with the pull-up removed. According to police, he said he noticed the red marks and bruises after the spanking. He has since been released from custody.