You are at:Home»Current in Fishers»Fishers Community»Elsbury to run for Hamilton Southeastern Schools Board of Trustees District 1 seat

Benjamin Elsbury said the timing is right time to run for the Hamilton Southeastern Schools Board of Trustees District 1 seat.

“It was really more of a calling to give back to the community,” Elsbury said. 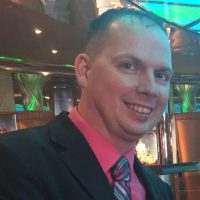 The 16-year Fishers resident had a daughter graduate from HSE Schools in 2013, and he remains active in the school district.

“I support the PTOs and clubs, and I do guest speaking at the high school for a few of the classes that are there, and so this felt like a good feeling to give back to the school system and help make it better than it is now,” he said.

If elected, Elsbury has several goals, including working on a trades program at HSE. He said he also wants to improve quality of life for teachers and retain top talent.

“They have been able to deal with growth,” he said of the current school board. “But I want to build on what they are doing well at and tweak it and make some improvements. There is always room to grow and improve, but honestly they have done a great job.”

Elsbury has served for 12 years with Huntington Bank in Fisher’s, where he is the branch manager.

“I want to bring my financial background (to the board),” he said. “Building relationships, critical thinking and problem-solving and the use of common sense, those things I feel are needed to help bring a voice to this role and help the community I serve for District 1.”