You are at:Home»Current in Carmel»Carmel Community»Lack of choice inspires Dunkle to seek Hamilton County Commission seat

“People in Hamilton County don’t have enough choices,” Dunkle said. “A couple of times when I went to vote in the primaries, there was no one to vote for on the Democratic ticket. Every time that happened to me, I thought, ‘I don’t understand, why aren’t people running?’ So, when I retired, I thought, ‘Now I can do something.’” 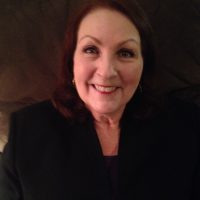 Dunkle worked for the federal government for almost 40 years, mostly in the Social Security Administration, before retiring. November will mark the third time she has run for office in Hamilton County. In 2014, she sought a county ouncil seat in District 1. In 2016, she ran for an at-large county council seat.

Dunkle has lived in Carmel with her family for 21 years. She said her goal is to bring more transparency to the political process.

“The commissioners meet during the week while most people are at work. They make decisions behind closed doors,” Dunkle said. “My first priority would be to be the voice of my constituents, finding out what regular people think is important, not just those half a dozen people in power. We need to do a better job of getting people involved in the process.”